The loan’s maturity date has been extended out by four years, sources said. 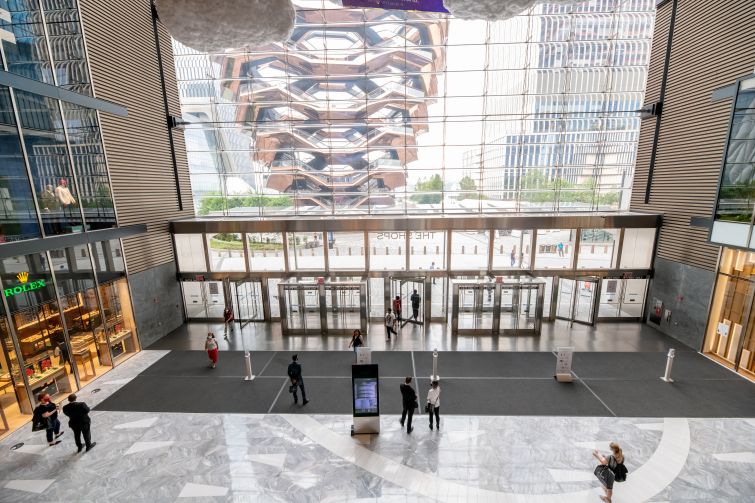 Related Companies has worked with its lenders to modify the $1.2 billion loan on The Shops & Restaurants at Hudson Yards, Commercial Observer has learned.

Deutsche Bank and Bank of China are the lead lenders on the balance-sheet loan, whose maturity date has now been extended out by four years, sources said.

A Related spokesperson confirmed the modification on Friday.

“The Shops at Hudson Yards emerged from the pandemic as one of the strongest and most resilient retail destinations in the nation, enabling us to successfully extend the loan,” the spokesperson said. “This extension supports our ongoing commitment to world-class retail and food and beverage, and enhances our ability to continue making Hudson Yards New York’s most vibrant and exciting neighborhood.”

Deutsche Bank and Bank of China were also the construction lenders on the 1 million-square-foot retail asset in 2015, providing a $1.5 billion loan. The debt was later refinanced, and its terms modified earlier this month. In total, 14 lenders make up the lending syndicate on the existing debt.

The Shops & Restaurants at Hudson Yards, at 20 Hudson Yards, connects the two office towers at 10 Hudson Yards and 30 Hudson Yards. The retail space was designed by Kohn Pedersen Fox and Elkus Manfredi Architects, and opened in March 2019.

As COVID-19 bore down on the U.S., and retail locations were hit especially hard, the upscale mall’s anchor tenant was one of the first big casualties.

Neiman Marcus originally anchored the seven-story mall — leasing 188,000 square feet on the shopping center’s top three floors as its New York City flagship store — but was also the first major department store to file for bankruptcy during the coronavirus pandemic. As part of its May 2020 Chapter 11 proceedings, Neiman Marcus announced it would shutter its Hudson Yards location, just 16 months after the store opened, laying off approximately 257 employees in the process.

Neiman Marcus’ space is now, however, being converted into office space, Related CEO Jeff Blau told Bloomberg last month. Sources told CO that Related will soon announce new tenants for the space, which boasts large floor plates — plus a private ground-floor entrance and 18-foot ceilings — thanks to the nature of its previous occupant.

Those tenants will be in good company, given that the office towers at 10 and 30 Hudson Yards are currently 95 percent occupied and command the highest rents in the city. Office rents at Hudson Yards averaged $130 per square foot last year, per Savills data, with the Plaza District North coming in second place at $109 per square foot.

The asset has also seen a wave of retail leasing activity of late. In February, Louis Vuitton opened a free-standing store at the property, having previously had a location within the Neiman Marcus outpost. Other recent leases include Ana Bar and Eatery, while Intimissimi, Calazedonia, Studs and Fellow Barber and they are all due to open over the upcoming weeks, per signage in the property.