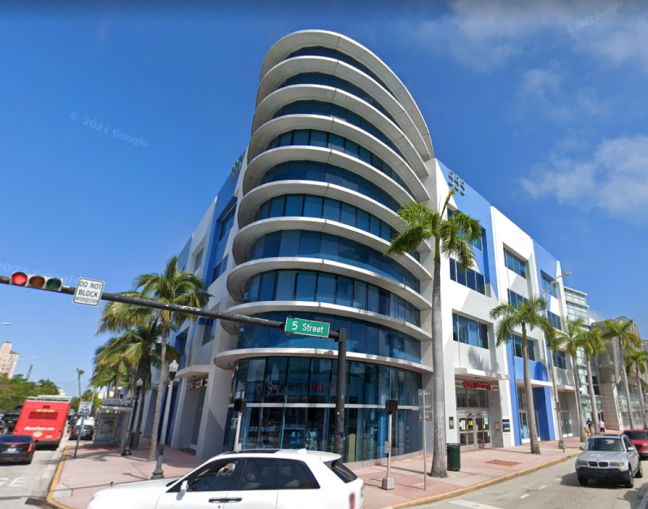 The four-story building, located at 555 Washington Avenue, is in a district known for its party scene, just a block from both 5th Street and nightlife mogul David Grutman’s popular Goodtime Hotel.

The 137,579-square-foot property offers 243 parking spots, 46,000 square feet for offices and 22,000 square feet of street-level retail, most of which is leased to CVS and Wells Fargo. Overall, the property is 82 percent leased, according to JLL, which represented the sellers. (The JLL team included Hermen Rodriguez, Ike Ojala, and Matthew McCormack.)

The buyer is a joint venture between the Boston-based Davis Companies and Greenmont Group.

A slew of billionaires decamped to the city, snapping up multimillion-dollar homes along the water since the start of the pandemic. Many have opened offices nearby, including Gabe Plotkin, whose home and hedge fund Melvin Capital Management are less than 5 miles apart in Miami Beach.

As the Miami Beach government seeks to wash away the city’s hedonistic image, it approved plans last month to convert two properties along Lincoln Road into mixed-use developments with substantial office components. Residents are slated to vote on the proposals later this year.

The New York-based seller, East End, has had a tumultuous history with Miami offices. The firm feuded with the partner with which it owned 100 Biscayne, a 30-story office building in Downtown Miami, resulting in several lawsuits. The pair sold the property to prominent New York investor Aby Rosen for $81 million last year.

In another joint venture with the Related Group, East End sold the Wynwood Annex building for $49 million earlier this year.

Update: The article was updated to include information from JLL.