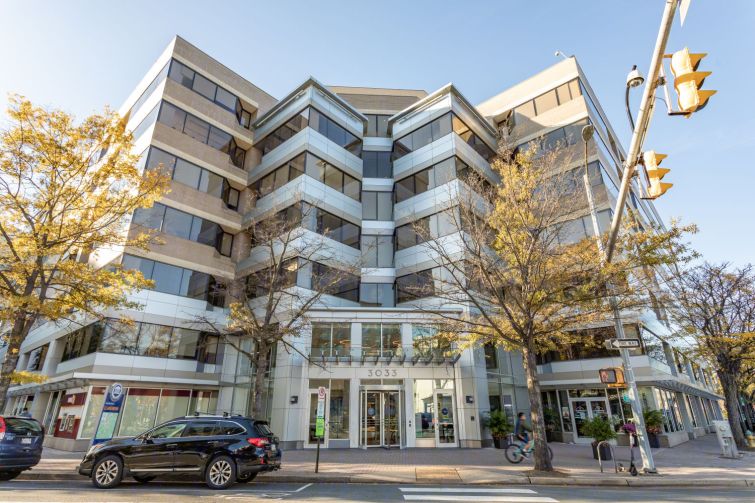 The restaurant and whiskey bar signed a 5,708-square-foot lease on the ground floor of Clarendon Square, a 163,797-square-foot office building in Arlington, Va. owned by Carr Properties.

The lease is for 10 years, with two five-year options to extend, according to the company.

The company had been interested in expanding Chicken + Whiskey into Northern Virginia for some time, but it wasdelayed by the pandemic, said Des Reilly, principal of SRG, the parent company of the restaurant. SRG has hired Baltimore-based SM+P Architects to design its space.

“We nearly had an executed lease in 2020, but the pandemic put a pause on those plans,” he told Commercial Observer. “We’re excited to be back on track with our plans to expand across the DMV.”

Located at 3033 Wilson Boulevard, the seven-story property is centrally located in the Clarendon neighborhood just one block from the Metro station.

Originally built in 1987, Carr Properties acquired the building in 2015, and renovated it three years later.

“The appeal of this building is a strong combination of a wonderful location in Clarendon just across from the Metro and our approach to building management steeped in hospitality and best-in-class amenities,” Jackson Prentice, executive vice president of Carr Properties, told CO. “What had been missing at Clarendon Square was a strong onsite F&B presence and offering — which we have soundly addressed by partnering with Chicken + Whiskey and Bar Ivy.”

Bar Ivy, from Blagden Hospitality, was previously announced as coming to the property this spring with a 125-seat patio.

“Beyond just the physical space, we were impressed by the team at Carr and their focus on creating one-of-a-kind experiences and amenities for their customers,” Reilly said about its new home. “Our company mission aligns closely with Carr’s hospitality-inspired service that they provide to their tenants. The building has been recently renovated and will soon become an attractive destination for our customers.”

Chicken + Whiskey Clarendon will be the company’s fourth location when it opens at the end of 2022, joining the original D.C. location at 1738 14th Street NW and upcoming locations at The Mall in Columbia in Maryland, opening later this month, and one at the Kelvin in the Ballpark District, opening in May.

Jared Meier of CBRE represented Carr Properties in the deal.