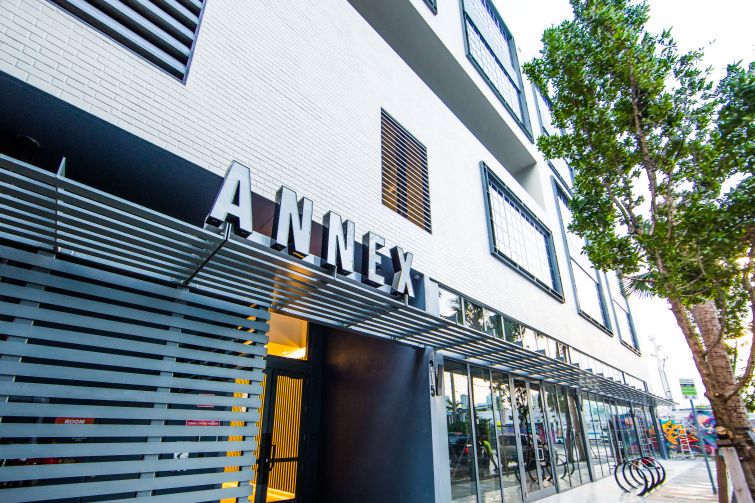 Founded in 2014, the company offers consumers ways to reduce their bills by playing games, watching videos and completing surveys. The startup raised $13 million in a Series A round last year, atop its $7.5 million seed round.

Play2Pay already moved into the office, having signed the lease on March 1, according to a company spokesperson. The firm employs 40 workers and plans to hire an additional 25 this year, all based in South Florida.

“We have the educational ecosystem and quality of life factors that will enable [Pay2Play] to attract and retain top-level talent,” Miami Mayor Francis Suarez said in a statement.

The company, previously based in Fort Lauderdale, is coming to Wynwood as it transforms into a tech district. Play2Pay neighbors inside the Wynwood Annex include venture capital firms Founders Fund and Atomic, and Blockchain.com signed a 22,000-square-foot lease across the street last month.

Play2Pay is taking over the previous office of another startup, OpenStore, which relocated to the nearby Gateway at Wynwood building earlier this year, said Colliers’ Tyler de la Peña, who along with Stephen Rutchik, represented the tenant. The broker declined to divulge the length of the lease.

Executives of Play2Pay chose Wynwood Annex in part due to its amenities, which include a gym, pool access, a rooftop — as well as the surrounding neighborhood, full of restaurants, bars and clubs.

“One of Play2Pay’s core values is conviviality. We believe strongly in the bonds forged by eating, drinking and laughing together, and our home base will offer that,” Founder and CEO Brian Boroff said in a statement.

The eight-story property, located at 215 NW 24th Street, includes 60,000 square feet of offices, all of which are leased, in addition to 5,000 square feet of retail on the ground floor. The asking rent for the office component was $80 a foot, triple net, said Tony Arellano of DWNTWN Realty Advisors, who represented the landlord.