Blockchain.com Takes 22K SF in Miami’s Wynwood for US HQ 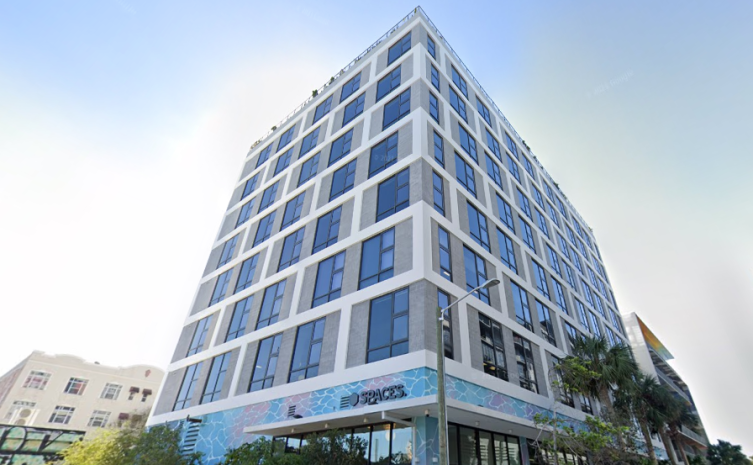 In a sign of Miami’s ascension as a crypto capital, Blockchain.com has finalized plans to relocate its U.S. headquarters to the Magic City.

The cryptocurrency exchange platform signed a 10-year lease for 22,000 square feet at the Cube Wynwd, the property’s owners, Tricera Capital and LNDMRK Development, announced. The deal also includes naming rights for the property, which will now be known as the Blockchain.com Building.

In June 2021, Blockchain.com said it was relocating its national headquarters from New York to Miami with plans to hire 100 employees. It first opened a temporary office in Brickell, a common trend among new-to-market companies settling in Miami.

The crypto firm finalized the Wynwood lease a month ago for the two top floors of the eight-story building at 222 NW 24th Street. The permanent office, which is slated to open during 2022’s second half, will function as a permanent base, eventually housing as many as 300 workers.

“The speed at which our business is growing matches that of Wynwood and Miami itself, creating the perfect backdrop for us to continue scaling worldwide from our very own Blockchain.com building,” Blockchain.com CEO Peter Smith said in a statement.

The company has raised $537 million since 2014 and purports to have a valuation of $5.2 billion. Its global headquarters is in London.

In Miami, the Blockchain.com’s lease comes as the city seeks to rebrand itself a crypto mecca. Miami Mayor Francis Suarez, a vocal proponent of digital currencies, said he would take his salary in Bitcoin. Last year, Miami-Dade County renamed the arena, home to the Miami Heat NBA team, after another cryptocurrency exchange, FTX, which is also expanding in Miami.

The Blockchain.com deal will bring Cube Wynwd to full occupancy, according to Tricera and LNDMRK, which say the building was 35 percent leased when they bought it. Existing tenants include investment firm Shaolin Capital Management, footwear manufacturer Grendene and flex office provider Spaces as well as Bonci Pizza on the ground floor.