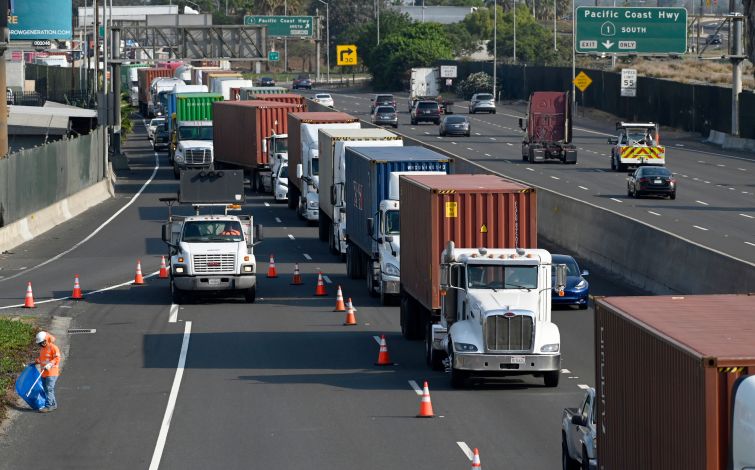 Logistics firms are helping drive record demand for industrial property throughout Southern California as they try to handle the rapid growth of the e-commerce industry and a mass spike in online shopping.

The latest on the move is the Pacific Expressway trucking company set to take over a 111,000-square-foot distribution facility in South Los Angeles. PGIM Real Estate owns the property, located at 220 West Victoria Street in the city of Compton.

Cushman & Wakefield announced the deal and represented the landlord. The brokerage said industrial vacancy rates in South L.A. were at 1.3 percent at the end of 2021, with 3.4 million square feet of occupancy growth throughout the year. (It wasn’t immediately clear who represented the tenant.)

“This lease demonstrates the robust demand we continue to see for industrial and logistics product in the South Bay, a location providing convenient access to a large population, extensive freeway network, two of the world’s busiest ports, and major airports,” said C&W’s Rusty Smith, who along with C&W’s Steve Bohannon represented the landlord in the transaction.