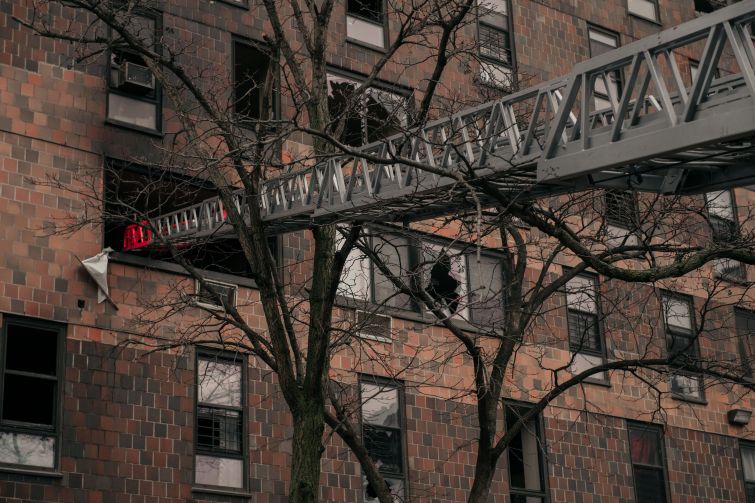 Mayor Eric Adams signed an executive order this past Sunday that would require the Department of Housing Preservation and Development (HPD) to provide more information about fire safety violations to the New York City Fire Department (FDNY), after a fire in a Bronx apartment building killed 17 in January.

The executive order asks the HPD to note when buildings fail to display a required fire safety checklist, including a notice to close the doors behind you when escaping a fire, and inform the FDNY, which will then inspect buildings with a large number of violations, according to the order’s text.

Adams’ announcement also states that the FDNY would conduct “more frequent inspections of buildings with a large number of violations,” though his order did not specify how many violations would trigger additional inspections. While there is no set number, the fire department will increase the number of inspections it does as needed based on the information it gets from the HPD, according to FDNY spokesperson Frank Dwyer.

The city did not immediately respond to a request for clarification on the additional inspections.

​​“We must work towards equipping every New Yorker and every building in this city with the tools to avoid an unspeakable tragedy like the one we saw two months ago,” Adams said in a statement. “Today’s actions are an essential step towards the goal of preventing this kind of tragedy from ever occurring again.”

The fatal Bronx fire started after a space heater malfunctioned, fire marshalls said at the time, and was one of the deadliest in the city’s history, killing 17 victims, including seven children, mostly immigrants from West Africa. Residents of the building, at 333 East 181st Street, previously complained of heating, radiator, fire door and maintenance issues and pest infestations to the HPD, Commercial Observer reported at the time.

The building is owned by a joint venture between Belveron Partners and Camber Property Group, dubbed LIHC Investment Group. At least five residents sued the landlords for negligence in Bronx Supreme Court, though at least one was dismissed in February, according to court records.

One of Camber’s founders is Rick Gropper, who served on Adams’ transition team as a housing adviser. Camber owns more than 5,800 residential units across the city, according to The New York Times. The joint venture declined to comment.

Aside from the executive order, Adams plans to work with the New York City Council to enact legislation that would require sprinklers in some buildings and increase fines for landlords who falsely report fixing a self-closing door. The fire at the Bronx building, known as Bronx Park Phase III Preservation, spread in part because the door of the unit where it started was left open, officials said at the time.

Update: This story has been updated to indicate that LIHC Investment Group declined to comment.