Some had to do with 333 East 181st Street’s heat; death toll could climb, mayor says 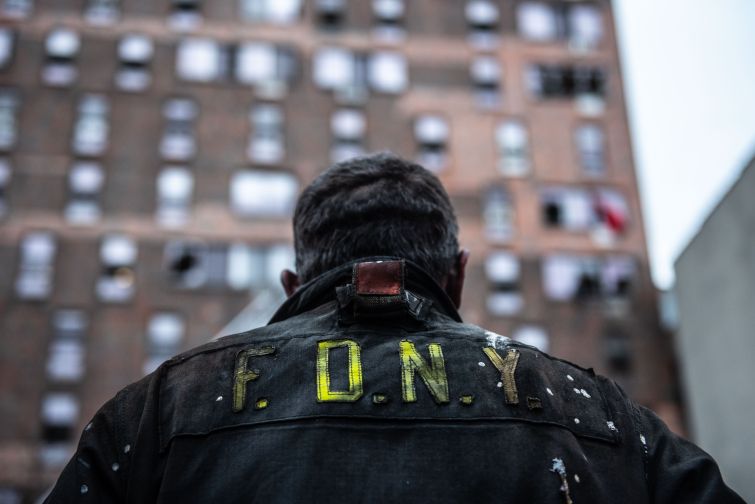 While a space heater on the second floor of 333 East 181st Street likely caused the fire that killed 17 on Sunday — including eight children — city records show that tenants filed dozens of complaints last year against the owner of the 19-story tower in the Bronx’s Fordham Heights.

With many building residents still hospitalized with serious injuries, Mayor Eric Adams said during a Monday appearance on CNN that the death toll could continue to climb. Thirty-two of the 35 people currently at five area hospitals have what the mayor described as “life-threatening” injuries.

19 people including 9 children were killed in the blaze, and investigators are looking at whether fire doors in the building were working properly. pic.twitter.com/bXBxOB8JRG

Smoke inhalation appears to be at the root of the devastation, according to officials, which marks the deadliest fire in New York City since 1990, when 87 people died, trapped in a blaze at the Happy Land social club, also in the Bronx.

A closer look at complaints made to the New York City Housing Preservation and Development show that tenants at 333 East 181st Street said they experienced heating, radiator and fire door issues, while conditions ranging from infestations and other maintenance issues were commonplace in 2021.

The building, constructed in 1972, is owned by LIHC Investment Group, a joint venture between Belveron Partners and Camber Property Group. It is more officially known in city records as the Bronx Park Phase III Preservation. Although officials said the heating system was functioning at the time of the fire, the five boroughs saw temperatures dip into the 20s on early Sunday morning, the time of the fire.

“We are devastated by the unimaginable loss of life caused by this profound tragedy. We are cooperating fully with the Fire Department and other city agencies as they investigate its cause, and we are doing all we can to assist our residents,” a statement from Bronx Park Phase III Preservation read. “Our thoughts are with the families and friends of those who lost their lives or were injured, and we are here to support them as we recover from this horrific fire.”

The fire spread in large part because the front door of the unit where it started was left open, officials have said. Adams said fire marshals were looking at that.

“We were told and instructed that there were self-closing doors; we just need to look at the door to that apartment to see if there was any form of malfunction,” Adams said on CNN. “We can’t make a determination until the fire marshals conduct a thorough investigation.”

Adams said that his administration would consider preventing similar episodes through new fire mandates such as informing residents of buildings of the need to make sure doors are shut after an evacuation.

“I say that not to put additional pressure on that family, because muscle memory during traumatic periods, we leave the doors open and it’s just that we need to make sure as a government that we get people the right instruction to save lives, and I’m going to do that,” Adams said.

The landlord, who did not provide a statement, and the Fire Department both said that smoke alarms were working at the time of the fire, around 10 a.m.

FDNY Commissioner Daniel Nigro, in a press conference this past Sunday evening with Adams, said fire marshals have attributed the cause of the fire to an electric space heater in a single apartment on the second and third floors and to doors not closing properly, contributing to the severity of the spread of smoke.

“The door to that apartment, unfortunately, when the residents left was left open and did not close by itself. The smoke spread throughout the building, thus the tremendous loss of life and other people fighting for their lives,” Nigro said Sunday. “So we are investigating where everyone was found, how the smoke traveled; but certainly the marshals have determined through physical evidence and through firsthand accounts by the residents, that this fire started in a bedroom, with a portable electric heater.”

The address drew 31 complaints throughout 2021, with at least 10 indicating poor living conditions in apartment 6K in which there was no heat at some points during December and a number of problems with the door. While a number of the complaints for this particular unit were reported as resolved by the tenant, according to HPD records, those pertaining to pests were still ongoing.

“Anyone who needs long term housing due to the fire will be accommodated without question,” a spokesperson for the landlords said.