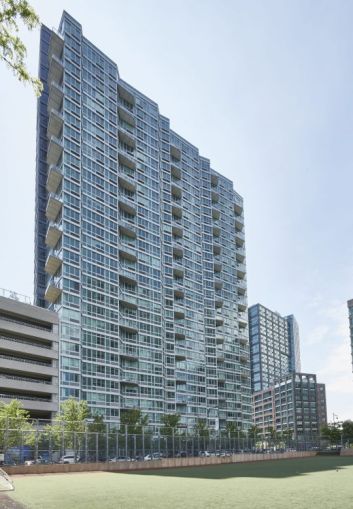 Singer, Avison Young’s co-lead of tri-state debt and equity finance, said the deal was well timed given that Rockrose locked in interest rates in December for the financing, ahead of the Federal Reserve’s planned rate hikes this year. Singer worked with Rockrose for 47 years prior to Avion Young acquiring The Singer & Bassuk Organization (SBO) last September and noted that the developer was active early on with investing in Long Island City when the Citigroup Building was first conceived in the late 1980s prior to the neighborhood becoming a hot development market.

“Rockrose saw what was in their opinion likely to happen when Citibank announced that building and bought a lot of land in the vicinity of the Citibank building before anybody, but they, I think, dreamed of what could be out here,” Singer said. “They saw it all coming and they really deserve the credit for creating what Long Island City is today.”

Singer along with fellow SBO co-Founder Scott Singer also helped lead a refinancing of Rockrose’s 42-story Linc rental project in 2014 through a $240 million loan by Morgan Stanley. He also helped Rockrose receive permanent financing for its Eagle Lofts project at 43-22 Queens Street in a deal that closed in spring 2020.

“The Singers delivered on their promise that we would continue to receive the same high-level focus and expertise from their team at Avison Young that we’ve historically received from SBO prior to it being acquired,” Richard Brancato, COO of Rockrose, said in a statement. “This is the first transaction that we have closed with MetLife, and it was another seamless execution.”

The 396-unit building at 47-05 Center Boulevard overlooks the East River with views of Manhattan, Brooklyn and the Long Island Sound. Its amenities include an indoor pool, a 35,000-square foot deck, a spa with a steam room, a sauna and massage rooms.

Singer said the deal underscores momentum in the multifamily sector in Long Island City and throughout the Big Apple.

“I  think it’s an example of how positive lenders are about rental and residential throughout New York,” Singer said. “Right now we’re not cautiously optimistic. We are totally optimistic about what the future is for New York.”