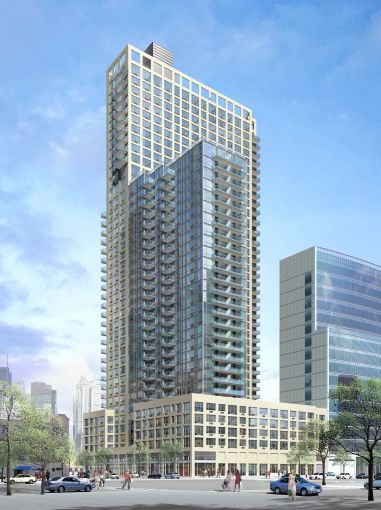 Morgan Stanley provided the 10-year loan, which closed on Friday, March 6, Andrew Singer, Singer & Bassuk’s chairman and chief executive officer, said, noting that the loan could be securitized in the future. The permanent mortgage replaces a 5-year $155 million construction loan from October 2011 provided by a syndicate of lenders led by Wells Fargo.

The new loan is one of several large transactions in the burgeoning Queens neighborhood for the full-service brokerage firm, which has arranged more than $1.5 billion in financing for residential and commercial projects in the area.

Linc LIC, which contains 709 apartment units, a 5,650-square-foot two-floor fitness center and ground-floor retail space, is one of the tallest residential properties in Queens. Rockrose acquired the land in the late 1990s and completed construction on the building in October 2013.

The rental tower at 43-10 Crescent Street is the first of four properties that Rockrose has in its pipeline for Long Island City’s Court Square section. The New York developers are also constructing a 50-story tower with 975 apartment units at 43-25 Hunter Street, which is due for completion in 2016.