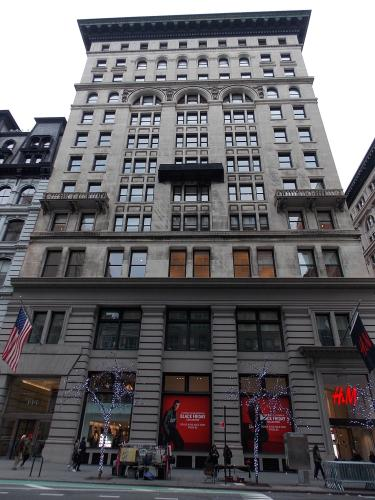 Women’s fashion brand LoveShackFancy is planting itself in nearly 20,000 square feet at 111 Fifth Avenue on the north side of East 18th Street in the Flatiron District, Commercial Observer has learned.

The brand will move to the entire 19,631-square-foot eighth floor of the building under a new, 10-year office lease that had an asking rent of $79 per square foot, according to tenant broker Brandon Charnas of Current Real Estate Advisors.

“LoveShackFancy is a company that did really well as they have a cult following on social media and appeal to a targeted demographic,” Charnas, who represented the brand along with colleague Rob Kluge, said. “They are making a long bet on people being back in their office. It’s great for fashion — they are saying, ‘We are putting our flag here at 18th and Fifth, and it’s a place everyone wants to be to live, work and play.’”

Founded by Rebecca Hessel Cohen, the privately owned LoveShackFancy is known for its vintage-inspired romantic floral prints with English tea party vibes. Its Manhattan stores are located at 1058 Madison Avenue and 390 Bleecker Street and it has other boutiques in vacation and luxury areas including Aspen, Colo., Austin and Southampton, N.Y. A Sag Harbor, N.Y. shop will open later this spring.

As the brand has grown exponentially, it will expand its offices more than sixfold from its current 3,100-square-foot space at 210 11th Avenue, which it leased in 2016 after being booted from a tiny office at 433 West 14th Street when that building was sold.

It will take over the 111 Fifth office from another fashion icon, Eileen Fisher, which relocated that office to its Irvington, N.Y. headquarters.

The 13-story 111 Fifth was built in 1894 and later updated into loft office space. H&M is the ground-floor retail tenant. Other notable office tenants in the property include Taconic Investment Partners, NBBJ Architecture and Compass Real Estate.