The senior managing director of finance at BH Properties has led firm's efforts to substantially grow its stake in the sector. 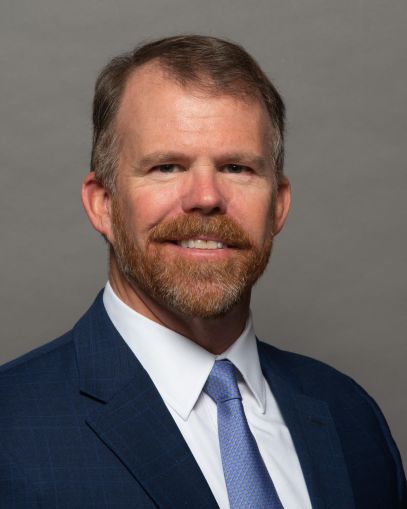 John Crump has been at the forefront of the commercial real estate industry’s increased embrace of the modern ground lease since joining BH Properties as a senior managing director of finance in 2019.

Crump has helped grow BH’s already active ground lease business on both the acquisition and origination sides, with transactions growing around 150 percent since he came on board. The Los Angeles-based firm made its ground lease investment debut in New York City when it acquired a portfolio of positions under three Manhattan hotels from Lexington Realty Trust in late 2016 for $338 million, but under Crump the firm has focused on national deals in a number of sectors.

“We’re looking anywhere in the continental U.S. and Hawaii,” Crump said. “The New York leasehold improvements are all hospitality but we are looking at other property types as well, including Class A apartments, Class A office and medical office.”

Prior to leading BH’s acquisition and origination of long-term ground lease investments, Crump was involved on the investment sales side of the industry as a broker at HFF (acquired by JLL in July 2019). There, he worked on deals with Safehold, a pioneer in the modern ground lease space that went public as a real estate investment trust (REIT) in 2017.

Crump spoke with Commercial Observer about how the modern ground lease can obtain better yields for CRE investors, changes he has seen in the ground lease sector, and what the niche’s expansion may look like in the next five years.

The following interview has been edited for length and clarity.

What are the biggest changes to ground leasing that you’ve noticed since you first started pursuing this strategy?

One is just the whole idea of the modern ground lease, which in my mind is one that is much more simple for all parties that are involved. There is no ambiguity that you get from highest and best use analysis or fair market value resets, which can introduce a lot of uncertainty for all parties. You have your amount of the ground lease and the going-in yield, and generally those are subject to increases that are fixed.

The only kind of uncertainty is some kind of [Consumer Price Index] reset and the CPI resets that we have traditionally done have been capped so it’s predictable what that will be and what the ground rent payments will be within a range, and so that is beneficial to all parties. It gives us a sense of what our cash flow will be as an investor, and, for the leasehold owner, they have a certainty of what their payments will be. Then, if they’re using leverage in their position, they can also have some predictability of that as well.

Also the fact that Safehold was the top-performing REIT in 2019 kind of validated and brought more attention to this strategy, and has led to a lot more ground lease investors that have entered the space.

What types of sponsors and sectors have been most interested in the ground lease strategy of late?

Where it makes sense is where you have a diversified rent roll and predictability of that cash flow because the ground rent payment is going to come whether you’re occupied or not. So, if you have a single-tenant asset and, for whatever reason your tenant goes out, you’re still obligated to make the ground rent payments. You can find it in single-tenant deals and we’ve been approached and looked at those, but, if you lose that tenant, then you’re still obligated to make the payments so where you see it most frequently is multi-tenant types of real estate.

I do. I know of one player whose strategy is to get to enough critical mass to become a REIT. Whether or not it is a publicly or privately traded REIT I don’t know, but that is their strategy.

There’s no real value add to the dirt; it’s all in the leasehold improvements. So, for the investor who has a business plan and has some value creation strategy, doing a ground lease allows them to take away the lower-yielding part of the investment and kind of bifurcate the low-yield and the high-yield piece. They are basically paying a fixed, lower return on the ground piece and they kind of can put that away. They can take their capital stack and take away a third to, in some cases, as much as 50 percent and just take that off the table and then take some 50 percent or the other two-thirds and just focus on their business plan and all the increases in cash flow they benefit from. Because they’ve taken out a big portion of the capital stack, they may not need as much equity, or as much debt and/or may not even need a capital partner.

What role has education played in the increased use of ground leases and how have you tried to spread the word to investors about it?

It’s a continual education. I think there are a lot of investors who have heard stories where there’s a ground lease, and there was value destruction, but I would say that those are where you have these older types of ground leases where there were fair market value resets. So our job is one of continual education of how these work, how you use them, and just getting people accustomed to the idea that this is just another financing vehicle for someone to consider for their investments.

You referenced this a little bit earlier when talking about CPI, but how has the ground lease sector responded to concerns about volatile changes in rents for long-term leases that can crop up?

If we had this conversation a year ago or two years ago, there wouldn’t have been really any kind of focus on this since the CPI and volatility of inflation hadn’t been a factor for so many years and now, obviously, it’s coming into greater focus for sure. What we’ve done to kind of take that concern off the table is we’ve instituted caps on what CPI can do for a given period. The whole idea is to try to make these more indexed to inflation.

Lastly, according to recent data from Safehold, the existing U.S. ground lease market is around $100 billion compared with $7 trillion in the institutional real estate market. Crystal ball, what do you think those numbers will look like five years from now?

Given the amount of capital that is moving in the space and given that people are slow to change how they do things, I think you’re going to see that increase substantially. In five years I could see that easily tripling, but relative to the overall real estate market that will be relatively small.

The good thing is there’s a lot more capital there to help that growth, but it’s still one of continual education so, even if we triple over five years, there’s still a lot of room to grow there. This has been very prevalent in major European cities for many years. It’s been very prevalent in New York for many years, but the more modern style of ground lease is something that has only been around for the last decade. That will take time to get recognized and adapted to.