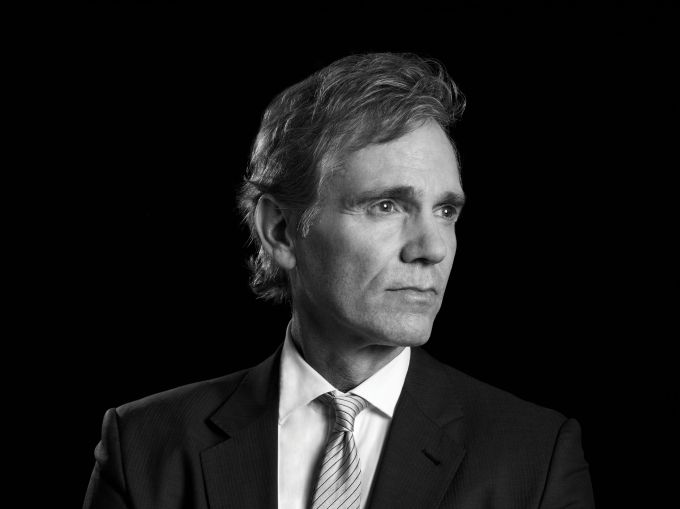 Over the last several years, Sugarman’s iStar and its subsidiary Safehold — an iStar-managed publicly-traded REIT specializing in structuring ground leases — has undergone a campaign of dispelling the negative narrative around ground leases.

Spooked by horror stories from assets such as the Chrysler Building, the Lipstick Building or RFR’s Lever House, the market has shunned the relatively mysterious proposition. But Sugarman’s ventures in the space have quickly gained ground with real estate professionals — no pun intended — in presenting a new way to structure a ground lease.

Since Sugarman last spoke to Commercial Observer in the spring of 2019, Safehold’s stock has skyrocketed, climbing nearly 180 percent, from around $20.70 to about $63.44 as of Oct. 9. (Safehold went public in 2017). People are buying into his model, examples of which can be found in trophy offices in New York, multifamily assets in Nashville and San Jose and in development deals in Austin and Orlando.

Sugarman talked to CO in early September about how the market is getting over ground lease misnomers and how COVID-19 has shifted sentiment.

Commercial Observer: Tell us about how you first unlocked a strategy around revitalizing the ground lease.

Jay Sugarman: We always go back to the core principles of why we did this three years ago, which is that we thought the characteristics of a customer-focused ground lease were really compelling and something that probably should’ve been a natural evolution over 20 or 30 years never took place. So, for us it feels like a revolution, because the old ground lease structures were so bad and had fallen so out of sync with modern real estate finance and modern real estate investment markets. [At Safehold] we’re actually going to create a ground lease that’s beneficial and actually creates value — doesn’t destroy value — and eliminates provisions that have been historically problematic. What popped out to us very quickly — we’ve been in the net lease business for 20 or 30 years and in real estate finance for the same period of time — was that ground leases have a place in the finance space within the capital structures of commercial real estate because they have the benefit of being really capital efficient, which is something we learned in the net lease world, and corporations have been doing this for decades. This whole movement to strip the core asset away from the passive real estate has been a cornerstone in so many markets, like the data center market. Data center operators now lease most of their real estate through net leases and sale leasebacks; Verizon and T-Mobile don’t own their cell towers anymore. The corporate world understood early on that it is much more efficient to separate investments that have fundamentally different risk and reward propositions.

How does your strategy work?

I try to boil this down to the simplest principle. Today, I’d say we have the lowest interest rates in history and you can lock them in for 100 years, and that’s why everybody should be thinking about this. We think it’s well worth people’s time on that basis. One advantage we have is we’ve been a lender for 25 years. When we [started to look] at all these ground leases, we realized as a lender we hated almost every one of them. They had provisions that were backwards and backwards looking and as an underwriter, we couldn’t figure them out. They were ripe with either ambiguity or were outright bad. As a lender, we could go to the money center banks, CMBS shops and life companies and Fannie and Freddie and have a conversation and say, “If we eliminated all these bad provisions, is there anything in here that would give you pause,” and then the second thing we did was size ground leases to their proper place in the capital structure.

If you walk in to somebody and say they should take their building and split it into building investment and land investment and say, “I’ll be the best buyer of your land investment by far.” And they say, “Great how much money will you give me for my land?” That is the wrong question. We’re not just looking at the land, we’re looking at the land, the leasehold lender and the future buyer and we’re saying, “What will get you the most money out of all three of those?” That, as an owner, is the real equation: How many dollars will I get out of the land, the loan and the future sale of the equity? When people tried to maximize the dollars out of their land, they didn’t realize they were actually negatively impacting what they could get in a leasehold loan and future sale of the equity.

Has COVID-19 made the proposition of a ground lease more attractive?

We went into COVID-19 thinking this is a solution that should have been available to owners for decades. It required a special confluence of skill and scale. As we walk people through the common sense thinking [around our ground lease], we pointed out that this is much more cost efficient. Why are you refinancing and paying transfer taxes on the full value of the real estate and the land everytime it trades, when the land could sit quietly for 100 years. It shouldn’t be part of the frictional cost of transactions, so every single time you do something with the building, you’re getting hit with costs on the land, which candidly, is an inefficiency that should’ve gone away a long time ago.

If we’ve learned anything in the last 30 years about real estate and finance, it’s that most of the problems come about when you have a loan maturing into a very weak fundamental market. So, if you could move a maturity on a big part of your capital structure from three, five, seven or ten years out to 99 years, you would materially reduce the amount of risk as an owner or operator of that building. If you put these together, you look at COVID-19 and you say, “Can people afford to be inefficient with capital?” No, they can’t. “Can they afford to be inefficient with costs?” No, they can’t. “Do they want to take on more or less risk?” They want less. It seems like more and more people should at least be looking at ground leases to achieve those goals. We think ground leases can [offer] up to 300 to 500 basis points better IRRs on many owner’s five- and 10-year holds. When you think about that in the context of a world where the 10-year is 60 basis points, can you really afford to not generate an extra 300 to 500 basis points return on your investor capital, lower their risk and reduce unnecessary costs?

How does this strategy compare with historical ground lease structures?

The land and building are two different investments and they should have two different owners. But, the owner of the land has to not look at the building owner as some sort of ATM. Historical ground leases, unfortunately, were very one-sided. They have to be thinking about what the building owner’s lender wants to see and what the future buyer of this building wants to see in this ground lease. We eliminated all the things we knew as an owner and a finance player that everybody hated. When you say ground lease — and this was certainly more true three years ago — we’d get the door politely closed in our faces, because everybody had a bad anecdote about ground leases. You look at the Lipstick Building or Lever House, just go down the list and people would say “Oh, well, ground leases… those are terrible.” So we moved to fix it all and then we started a campaign to go sit with people and try to be open minded and go through the basics of what [we wanted to do]. We’ve had to overcome [the bad rap], and COVID-19 doesn’t help in that process. We spent three years really turning people from not wanting to hear about it, to saying, “That’s interesting, tell me about,” to “I actually want to do this with you.” And we grew from about $300 million in assets to $3 billion in about a two and a half year timeframe. I think that growth, frankly, would’ve continued if COVID-19 didn’t hit, but unfortunately, with the pandemic, there aren’t a lot of transactions taking place. We need those to happen to be able to continue to demonstrate how powerful this is and how it’s almost a natural part of the evolution of real estate.