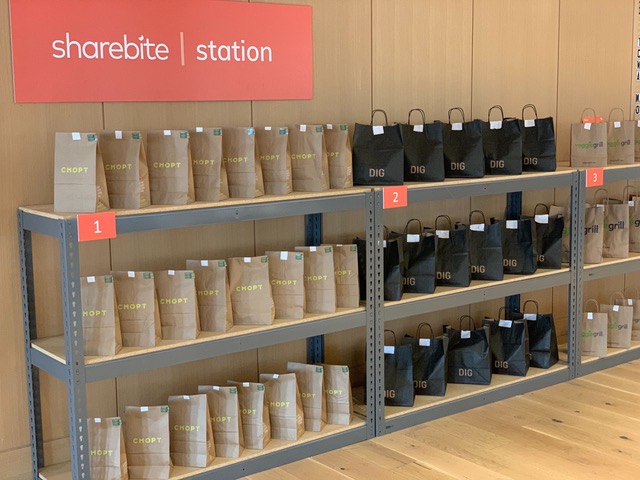 Office landlords have pulled out the stops to lure workers back into concrete towers — offering up karaoke nights, wine tastings, virtual golf and even honey fresh from rooftop beehives.

Now, Vornado Realty Trust is getting deeper into the amenity game, having solidified a partnership with the workplace food ordering platform Sharebite throughout its Manhattan portfolio, Commercial Observer has learned.

New York-based Sharebite will be the exclusive food ordering service at Vornado’s 33 office buildings throughout the borough, where tenants can order food, delivery fee-free, from restaurants like Sweetgreen, Cava and Dig. The food is delivered to drop-off points, dubbed Sharebite Stations, in tenants’ lobbies.

No cash changed hands in the deal between Vornado and Sharebite. Instead, the landlord will benefit by attracting tenants back into its buildings and Sharebite will have access to more customers, said Mohsin Memon, president, COO and co-founder of Sharebite. Vornado rolled out Sharebite stations at its own headquarters in spring 2021, and Memon said the program was so popular the landlord decided to expand it to its tenants.

“As employees come back to the office they want amenities — food is just one of them,” Memon said. “We found that almost 80 percent of our clients right now are actually paying for some kind of portion of food because it’s an employee market these days and it’s such an important benefit to offer.”

“We did a survey and found that 70 percent of employees expected some kind of solution for lunch,” Memon added. “And 90 percent of managers said that more employees actually come back to the office when free food is offered.”

So far, 40 of Vornado’s tenants have reached out to sign up for Sharebite’s service, according to the landlord. Users can place orders on Vornado’s in-house property app, and the process is contactless and delivered directly to a tenant’s address, two aspects Vornado hopes will be both COVID-19-safe and ease workers back into their cubicles.

Even with the rash of new amenities being offered to tenants, Manhattan’s offices were still largely empty in November 2021, with fewer than 30 percent of employees working in the city’s crop of office buildings, CNBC reported. That was before a surge in coronavirus cases scrambled employers’ expected office homecoming dates, though new COVID-19 cases have begun to decline in the city.

Sharebite donates about 25 cents or 1 percent (whichever is greater) of every order to City Harvest, an organization that collects surplus food from cafés, bakeries and restaurants and delivers it to food pantries, soup kitchens and other community organizations, according to Gabrielle Mizrahi, senior manager of business partnerships at City Harvest. Over the course of the pandemic, Sharebite has donated about 1 million pounds of food to City Harvest.