Tracking Remote Employees: How and Why Companies Are Doing It

With work-from-home not going anywhere in the near future, businesses are increasingly turning to tracking software to wring more productivity out of their remote employees 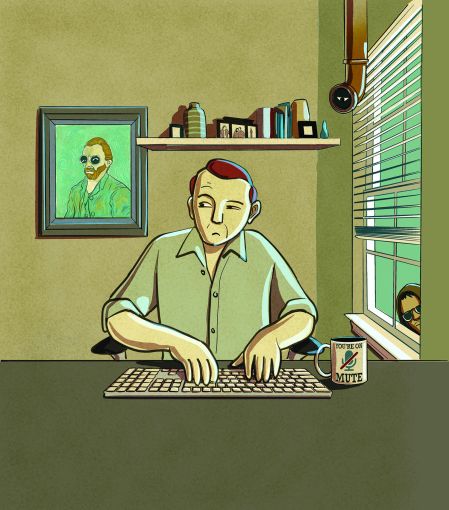 Mattel put its plastic foot in its mouth this past November.

The toy giant caused controversy after a listing for a remote work-only position called for the possibility of “periodic unplanned visits from a supervisor during scheduled work shifts” and required a “closed-door work area with no distractions of background noise (i.e., pets, children, machinery, music or talking).”

“You must be focused on work and not responsible for the caretaking of others (children, elderly, pets, etc.),” the listing reads, according to a screenshot posted on Twitter.

It blew up almost immediately on social media with people decrying that the company — known for children’s favorites American Girl, Barbie and Hot Wheels — seemingly ripped a page from the FBI to make sure its remote workers weren’t slacking off.

As the job listing made headlines, Mattel swiftly changed its tune and dropped the clause, telling Insider that: “Our seasonal customer service home agent positions process customer orders, requiring those individuals [to] have access to a private workspace to protect and maintain customer confidentiality. While security is a critical piece of this role, the job description no longer includes language about unplanned visits, which were never put into practice.”

Luckily for job hunters, Mattel seems to be in the minority of major private firms that have tried to strictly tell workers exactly how, and where, they can work remotely. The number, in fact, might be in the single digits — though Twitter users have said the practice has been more prevalent in public sector jobs.

“It’s unusual to be so prescriptive about what your home office is,” said Maureen Ehrenberg, the CEO of global facilities manager Blue Skyre and a fellow at the Royal Institution of Chartered Surveyors. “What you see more commonly is that if you couldn’t really do it from home, [companies] could work a different type of arrangement.”

That includes finding a nearby coworking space for employees if they need more privacy or sending them things like ergonomic chairs and printers.

But what’s less unusual is companies using monitoring software to make sure their workers are actually working as the pandemic forced them out of the office and into the home.

A booming industry has sprung up to offer such software, which can show how often employees type, if they’re physically in front of their computers, what social media sites they visit and even the tone of their email messages.

“It would be naive to think that your data is not being gathered and collected,” said Ehrenberg, who formerly headed up facility management divisions at WeWork, CBRE and JLL. “It’s important that employees know that they have a responsibility to their employer, that they have to be trustworthy. It’s not just a one-way street.”

Ehrenberg said that many larger companies — especially on the finance side — had these tools in place well before the pandemic. But they were mainly used to protect against potential cyber breaches and ensure workers were following federal guidelines and not leaking confidential information.

An added benefit of the tools, though, was that many were also able to give insights on teams or individuals productivity, a godsend for many firms worried about a dip in output as they ditched the office during COVID.

“The increase in middle-market firms and other businesses who historically had not been investing [in this software] [now doing so] has gone up significantly,” Ehrenberg said. “It’s the only way they can gather data about just how their company is doing. Is your team actually doing something or are they all watching Netflix?”

A report from advisory firm Gartner provided to The Washington Post found that 30 percent of large employers turned to employee-tracking software for the first time as the pandemic hit in March 2020. By September 2021, that share grew to 60 percent. Ehrenberg added that as the full-scale return-to-office keeps getting delayed, most recently by the omicron variant, more and more companies are implementing these tools.

If you needed further proof we live in a surveillance state, nearly all of this is perfectly legal, The Washington Post reported. And with work-from-home seemingly not going anywhere anytime soon, neither are these tools. Numerous companies have in the past couple of months pushed back their return-to-office dates in the face of COVID’s omicron variant.

Which is probably fine for many workers. A report from experience management software company Qualtrics released in November found that 35 percent of the 14,000 workers surveyed said they would be more likely to start looking for a new gig if their company made them go back to the office full time. And 37 percent felt their office was an enjoyable place.

Generally, Ehrenberg said most employers haven’t been using the software to keep tabs on every second of every employee’s time during work hours. These tools have mainly been used to spot trends, such as teams not pulling their weight, and to weed out bad apples.

“There’s really no Big Brother,” Ehrenberg said. “If someone is buying something on Amazon [during work] the likelihood of their boss doing the same thing is high. It’s more the abusers that are going to stand out. It’s the same way your boss tells how productive you are in the office; it’s just a different way of doing it.”

“In my mind, it’s much more how are you seeing the bigger picture, then you can start to look down,” she added. “Does the temperature seem to be positive or do people start to feel disengaged?”

And, even with all of this surveillance and its sophistication, people can get around it and still look busy, if they really want.

A growing number of people have started to secretly hold down two remote, full-time jobs at the same time during the pandemic. Overemployed, a website aimed at promoting and helping with this, has a handy list of tips to avoid detection while doing so. They include a product that vibrates to move a person’s mouse around randomly and a suggestion to never turn your camera on during meetings so you can be on multiple Zoom calls (which may sound like a fresh circle of hell for many people).

While the occasional online shopping won’t raise much suspicion, what employees really have to watch out for is transferring certain work files to their personal email account, especially if they’re about to leave the job.

“What they don’t realize is that people can be home and super relaxed and think, ‘I’m just going into my Gmail and transfering all my client lists,’” Ehrenberg said. “The fact is it’s very serious and your employer can, and probably will, come after you.”

Employees usually sign terms and conditions agreeing to these monitoring tools (even if they’re not aware they did) but overall Ehrenberg said it doesn’t cause much friction because most firms use them “in line with their core values.” It really depends on the manager, and there’s been surprisingly little training from companies themselves on how their managers should actually utilize the software.

“Let’s face it, there are bad managers out there,” she said. “People don’t leave companies — they typically leave management — and so that’s where training and a change of management comes in.”