How Proptech Startups Plan to Spend Their VC Money in 2022 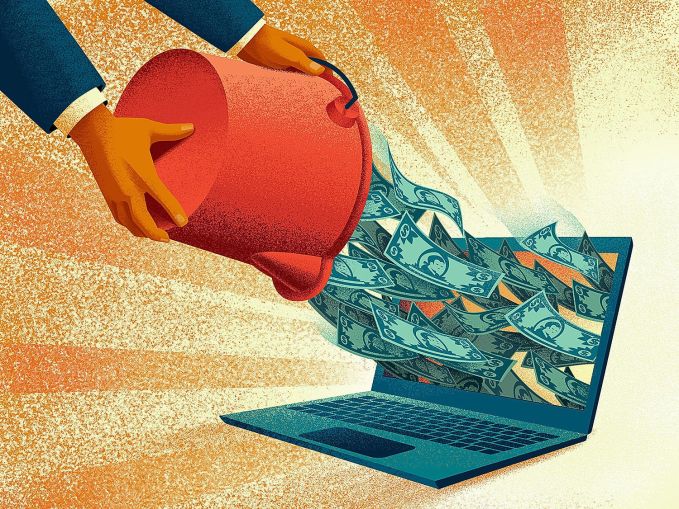 Proptech startups entered 2022 with a variety of plans to deploy the record $32 billion of venture capital invested in the sector in 2021, with new hires, expansion into fresh markets, and the improvement of their technology platforms top of the list. The plans come as more real estate owners and operators — both older and newer — embrace tech, and the data it can provide, for their properties.

“Proptech companies, like many tech companies, spend their funding on strategic hires, marketing and technology growth,” said Ashkán Zandieh, chair at the Center for Real Estate Technology & Innovation (CRETI). “These three areas are critical to the success of any proptech company.”

Proptech startups actively begin the hiring process an average of 32 days prior to the public announcement of a funding round, according to research by CRETI, which used data compiled from LinkedIn and Glassdoor. Additionally, job postings by proptech companies have increased by 7 percent since 2020, with 1,236 postings for remote/hybrid jobs in 2021 in the U.S.

One such proptech startup that saw a bump in VC investment in 2021 is Manhattan-based Upflex, which provides what it describes as “Airbnb-type” flexible work spaces, said Christophe Garnier, the company’s co-founder and CEO. Upflex, which was started in late 2017, raised a $4.5 million bridge round in June 2021 from EIF Ventures (The Ecosystem Integrity Fund), a San Francisco-based VC, and Newmark, Garnier said.

That funding was on top of $4.1 million Upflex raised previously in angel and seed investments, bringing the company’s total to $8.6 million, he said.

“EIF Ventures invests mostly in mission-driven companies that have a positive impact on the planet,” said Garnier. He said it invested in Upflex because it allows people to avoid long commutes by providing a growing network of 5,500 flexible workspaces around the U.S., cutting down on fossil fuel emissions.

Like Airbnb, Upflex is “an asset light model” that doesn’t hold leases, decreasing its risk as an investment, Garnier said. “We are a technology company, so primarily we’ve been spending money on product development and engineering.”

Additionally, using some of the funds raised in 2021 for marketing through channel partners is Upflex’s most direct route to market expansion, Garnier said.

“We’re developing new features that allow us to multiply distribution,” Garnier said. “Initially, we’ve been selling directly to the clients, but more and more we discovered that channel partners such as the brokers at Colliers International, Newmark, JLL and Savills have become champions of our solution. They help us sell our solution to their own clients, the Fortune 5000, which is our target. We are going after medium- to enterprise-sized clients.”

For DeskNow, a Dortmund, Germany-based proptech company that provides a digital platform for managing multiple workspaces, 2021 saw the 2020 startup raise a $1.2 million seed round, said CEO and co-Founder Marius Jarzyna.

Of course, with funding comes new challenges. “It’s no achievement other than the pressure is different now,” said Jarzyna, who raised the funding from be10x Capital GmbH, a Leipzig, Germany-based family office, as well as two angel investors.

Jarzyna said he plans to deploy the funds on “short-term marketing sales. This is 85 percent of our spending plan for the next year. And 15 percent is for further improvements of the product.”

However, DeskNow must also differentiate how much to spend on marketing versus sales, as the company, which already operates in Germany, Spain and the Netherlands, looks to expand to New York City and other places in the U.S. in the near future, Jarzyna said.

Hoping to build on the investment momentum, Jaryzna is looking to raise, “a nice big Series A round,” in 2022, but emphasized that the next six months are all about “driving up our sales. This is now the biggest thing so that we get a really nice Series A funding.”

Another proptech startup, Montreal-based Local Logic, a data and analytics platform for developers, was chasing the tail end of 2021 funding as of last week.

“We’re in the process of raising our Series B right now, so we’ve started, but we haven’t completed it,” said Sara Maffey, head of industry relations for Local Logic, who added that company executives hope to close the round by the end of the first quarter of 2022. “We’re aiming to raise about $15 million,” she added.

The current raise follows Local Logic’s Series A round of $8 million CAD ($6.1 million U.S.), which the company announced in November 2020. That round was led by GroundBreak Ventures, a Toronto-based VC focused on proptech, with participation from Shadow Ventures, BDC Capital, Jones Boys Ventures, Cycle Capital and Desjardins Capital.

Local Logic’s plans for spending its funding are clear, she said.

“I think the vast majority of our raise will be spent on building new products and expanding into new markets,” Maffey said. “And the way that we would do that is by hiring more people and acquiring more data sets. About 30 percent of our hiring would be in sales and marketing. About 60 percent will be in product development and engineering, and about 10 percent will be used to grow our general operations team.

“Our goal is to not only improve the products that we already have, but to continue to expand what we’re offering, and particularly focusing on growing our client pool in the U.S.”

Get Covered, a Manhattan-based commercial and residential real estate digital insurance platform, plans to deploy much of the $7 million it raised in a Series A funding in 2021 on people-backed technology, said company CEO Brandon Tobman.

“Our goal is to grow our sales team for all of our distribution partners,” said Tobman, whose company already has 20 employees. “We’ve had a lot of traction in the past six months and we’re going to double down on that. But most importantly, we’re investing a lot into the technology. So we’re investing in OCR [Optical Character Recognition] and AI recognition, bringing on more partners and tools to make our partners’ lives easier.”

Although a heavily technological startup, Get Covered still needs people to build its proprietary AI and overall digital platform, which “will probably mean hiring 10 more people by the end of 2022, five of them starting this month,” Tobman said.

“Our bucket of where we see the most growth in 2022 is making our technology better and making the implementation process easier, which then gives our sales people, who we’re hiring, the ability to sell faster and have more tools in their tool belt,” he said, adding that out of the 10 new employees he hoped to bring on in 2022, three or four will be in sales.

Now that 2022 has commenced, Tobman said he sees the proptech investment pipeline continuing to gush. Still, he said he’s balancing chasing more funding rather than focusing on  company growth.

“We’ve already been approached by a lot of firms [about additional funding], just based on all our closed deals that are starting to be implemented, but we’re not focusing on that right now,” he said. “We’re focusing on execution of the business opportunities at hand. But I would assume we will do a Series B at the end of summer or end of year.”