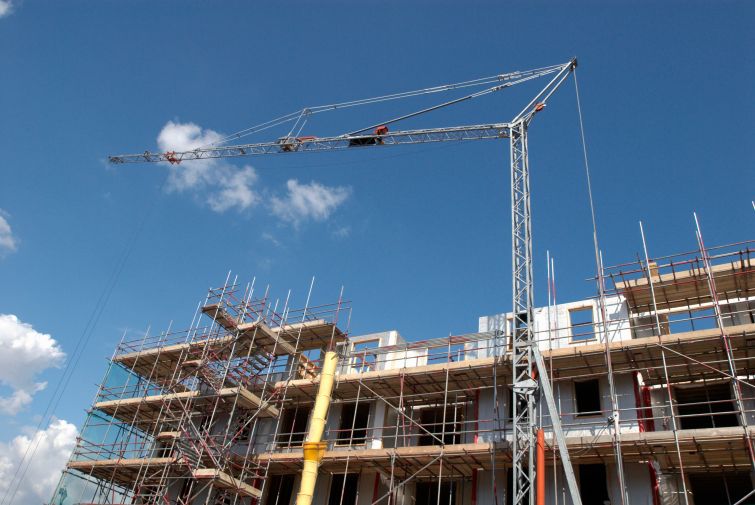 Technology has the potential to expedite a building’s development process, cater to the latest tenant needs, and maintain transparency at all stages of a project — tools that can distinguish a project from competitors, if harnessed properly.

That was the big takeaway from Commercial Observer’s “Innovation Week” at the end of November as experts dove into ways innovation can advance the real estate industry. The week consisted of three main events, beginning with the third annual building technology forum on Tuesday, Nov. 16. Moderated by CO’s Phil Russo, the event kicked off with a fireside chat between Terry Bagley, president of industry and partner relationships at self-storage manufacturer Janus International, and Travis Morrow, president of National Self Storage and chairman/CEO of StoreLocal.

Both Bagley and Morrow spoke to the acceleration of the self storage-industry, which, while particularly active since the 1970s, has become a front-runner in commercial real estate. The pandemic helped propel self-storage forward, Morrow said, as quarantine confined people to their homes, creating a need for additional space.

“Now we’re at $39.5 billion in annual revenue, which is up from $22 billion just six or seven years ago,” Morrow said, noting that occupancies also increased during the pandemic.

Technology has helped self-storage maintain such demand by directly meeting the needs of tenants. Amenities like contactless rental and digital leasing have limited in-person contact and prioritized customer needs — a crucial adjustment for all asset classes.

These panelists addressed transparency as another burgeoning tenant need, as the pandemic has sparked concern over air quality and building safety. Transparency can foster trust between tenants and landlords, and even expedite the return to office; if office landlords educate their tenants about their filtration systems, tenants can make informed decisions about when and how to return to work.

Keeping tenants in the loop can also aid sustainability. Owners control about 40 percent of a building’s energy, Gilbert said, whereas tenants are responsible for 60 percent.

Data collection and sharing can educate tenants about their carbon footprint, although the process of collecting, analyzing and sharing such information requires advanced software. Experts in the next panel — “Designing Advanced Facilities in the Age of Smart Buildings” — agreed that open communication and data sharing is fundamental for the industry’s advancement.

Because the design and construction stages of development often involve various contractors with niche specialities, getting everyone on the same page can be challenging. In designing a smart building, which factors technology into the building itself, these stages become even more intricate, making a game plan a necessity.

“It’s so important that the owner or the client, whoever, has this image or vision of what they want the building to do,” Beth Muller, director of information technology at engineering consultancy Jaros, Baum & Bolles, said during the panel “Designing Advanced Facilities in the Age of Smart Buildings.” She spoke alongside Sean Hutchinson, director of business development at Siemens Smart Infrastructure; Joseph Romano, principal at engineering consultancy Langan; and James Ward, senior innovation manager at JRM Construction Management. CO’s Tom Acitelli moderated the discussion.

John Hester, owner and chief consultant at Hester Consulting, echoed this need for an early plan in a fireside chat with engineering consultancy AMA Group’s James Brandt and Linda Warne.

“It’s important for the building managers to decide what role they want their staff to play in the smart building operation and what they want to contract out,” Hester said, adding that the skills needed to operate smart buildings vary from those required by traditional ones.

Choosing the right team is therefore necessary, and design-build teams, which stress collaboration and unity, present a simple solution for team-related speedbumps. Assembling a design-build team unites workers from the get-go under one common mission and can limit communication errors.

The day’s final panel — “Tapping into Tenant Needs: Ongoing Operations in the Age of Proptech” — circled back to the need for collaboration between tenants and owners. With the push for Local Law 97, which set new standards in favor of carbon neutrality in New York City, collaboration is now a necessity both for sustainability and keeping buildings in business.

Tuesday’s events concluded with a keynote between Acitelli and Joseph Mizzi, president and chief operating officer at Sciame Construction.

The theme of ongoing communication continued through the next day’s Power Briefing, “An Inside Look at the Workplace of the Future at St. John’s Terminal.” CO’s Max Gross spoke with  Paul Darrah, director of real estate at Google’s NYC office; Adam Frazier, head of Oxford Properties’ New York region; and Mark Rusitzky, a partner at architecture firm CookFox.

The partnership between these three companies led to Google’s fall purchase of St. John’s Terminal, where Oxford Properties is building a horizontal urban campus — a set-up not typically seen in New York City, but one that directly appealed to Google.

“We have an affinity for low-rise, full-block buildings that can accommodate our occupancy in a unique way,” Darrah said.

“Real estate is a very slow-moving business,” said Bilt Rewards’ Mitchell Moinian, who spoke in the day’s opening fireside chat alongside colleague Ankur Jain, founder of venture studio Kairos. As real estate is one of the oldest businesses in the world, innovation tends to meet resistance, which only prolongs the inevitable. “It’s a matter of time before people come around,” Moinian said.

Moinian and Jain created what they see as a simple solution for rent, which tenants typically pay with no return. They created a points system that allows residential tenants to pay rent with a credit card — and receive benefits in return. Such convenience, simplicity of implementation and lack of friction is key for all types of innovation, Jain said.

Convenience, however, can be subjective, as tenants, both residential and commercial, often have opposing needs. Even if the process of paying rent is eased, amenities are constantly shifting and vary on a person-by-person basis. Liz Simon, chief operating officer at flex office operator Industrious, spoke in the next panel — “The Tenant Is Always Right” — about how an employee’s home environment can spur either a collaborative or distraction-free office wish-list. After over a year of working from home, tenants have diverse needs, and landlords must adjust their amenities accordingly.