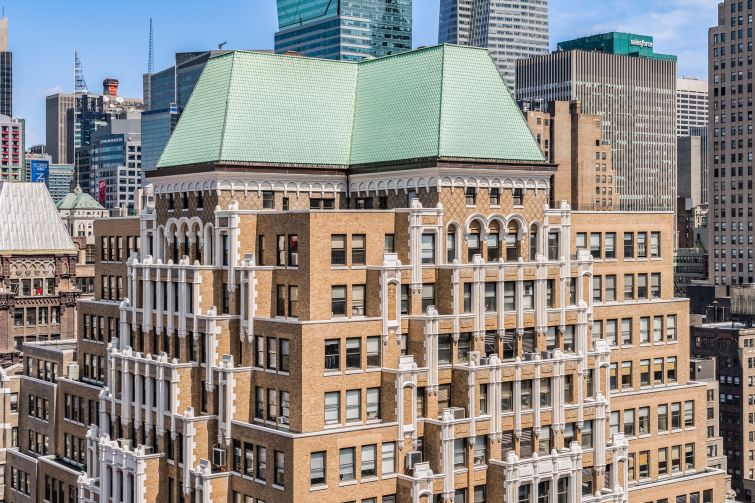 Architectural company Mancini Duffy is moving about 10 blocks north and one avenue west to new digs at 520 Eighth Avenue, Commercial Observer has learned.

The design firm will relocate from the 19th floor of 275 Seventh Avenue to the 25-story office building between West 36th and West 37th streets in a 12,000-square-foot, 10-year deal, according to JLL’s Charles Gerace, who represented the tenant in the deal. Asking rents at the building range between $45 and $55 per square foot, according to PropertyShark.

“We found a space with great natural light and nice views from a great New York City landlord,” Gerace told Commercial Observer. “It was just a better operational fit for them all around.”

Mancini’s deal for its new space, on part of the 23rd floor of GFP Real Estate’s 860,000-square-foot office building, closed at the end of 2021. The firm, which worked on the design of the rooftop ice-skating rink on Pier 17 and Peloton’s old headquarters at 125 West 25th Street, wanted to recommit to Manhattan, said the company’s CEO, William Mandara, in a statement.

Mancini plans to move into the space in the first quarter of this year. It will join tenants such as the travel and entertainment provider Entertainment Benefits Group, rehearsal facility Ripley-Grier Studios and labor organization Mason Tenders District Council Welfare Fund.