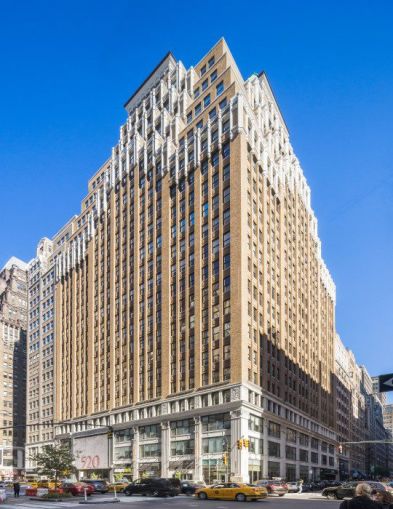 The Gural family’s GFP Real Estate has secured one new tenant and renewed another at its office building at 520 Eighth Avenue in the Garment District, GFP announced Tuesday.

Asking rent in both deals was $48 per square foot, according to GFP. Matthew Mandell represented the landlord in-house in both transactions, while neither EGB nor Mason Tenders had outside broker representation.

Miami-based EBG owns and operates a network of ticket distributors and vendors focused on the travel, entertainment and tourism sector. In a press release announcing the deal, Mandell said EGB was drawn to 520 Eighth Avenue’s “location in the heart of a bustling Midtown neighborhood” and the property’s “close proximity to a number of public transportation options, as well as a wide array of dining and retail options.”

The Real Deal first reported the news of both transactions at 520 Eighth Avenue.

Other tenants at the building include the American Society for the Prevention of Cruelty to Animals and arts and entertainment rehearsal facility Ripley-Grier Studios.