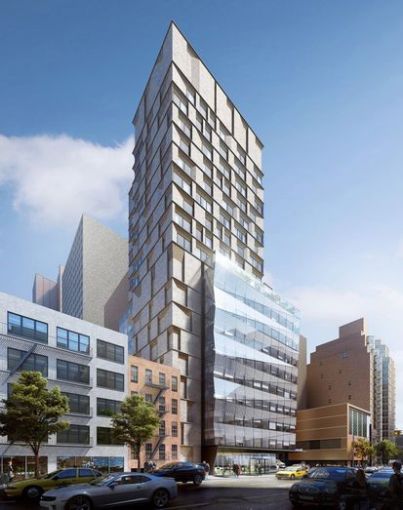 Chetrit Group ended 2021 with a flurry of activity that included a substantial refinance plus a noteworthy sale, sources told Commercial Observer.

Chetrit parted ways with 1231 Third Avenue, selling it to Premier Equities for $43.3 million, and refinancing the rest of its 72nd Street assemblage — purchased from SL Green Realty Corp. for $144 million in 2018 — with a $116.5 million loan from G4 Capital Partners.

G4’s bridge-to-construction loan is collateralized both by the Upper East Side development site — at 252-254, 257, 259 and 260 East 72nd Street — and Chetrit’s luxury condominium at 49 Chambers Street in Tribeca.

Galaxy Capital’s Henry Bodek arranged both the sale and the financing.

​​”This financing was particularly attractive to us as it involves assets in different submarkets, and is collateralized both by completed luxury condominium units in Tribeca and a prime Upper East Side development site,” Robyn Sorid, co-managing partner at G4 Capital, told CO. “The Tribeca building is already almost sold out and therefore a proven product, which is particularly appealing.”

It’s not G4’s first deal with Chetrit Group. In fact, Joseph Chetrit’s company is a repeat borrower. In December 2020, G4 lent $207.5 million to Chetrit, Clipper Equity and Read Property Group for the trio’s Gramercy Square condo project at 230 East 20th Street, and in July 2021 the lender provided a $40 million construction loan for Chetrit’s residential project at 88 153rd Street in Jamaica, Queens, as reported by The Real Deal.

“In terms of sponsorship, G4 really enjoys working with repeat borrowers who have a demonstrated track record for success, especially seasoned developers like Chetrit Group,” Sorid said. “This was a particularly compelling opportunity for our group, both with respect to the sponsorship and the collateral here.”

While details couldn’t be confirmed, some sources familiar with the 72nd Street assemblage said the plan is to erect a condominium project at the site.

The deal is the most recent of many in New York City’s residential sector for G4.

In mid-November 2021 it closed a $284 million refinance for Fortis Property Group’s Olympia Dumbo, the firm’s sail-shaped condominium development at 30 Front Street in Brooklyn, and a month later it provided a $130 million loan for The Jay Group’s $130 million acquisition of 101 Fleet Place in Downtown Brooklyn. Galaxy Capital’s Bodek arranged both of the aforementioned transactions.

“I think we’re cautiously optimistic that we’ll continue to see the same strong residential sales activity that we saw in the last two quarters of the year and hopefully, with more return to office in the next few months, we’ll see dynamic growth across all asset classes,” Sorid said. “At G4 we are firm believers in New York City and have focused our investments on this market for more than 15 years. New York is resilient, has unique economic and cultural offerings and has weathered storms in the past. We’re confident that it will emerge stronger through any short-term dislocation that may occur.”

Bodek said that the 72nd Street assemblage refinance “represents another successful closing with a stellar sponsor and reliable, competitive lender. I look forward to many future deals with Chetrit Group and G4.”

Officials at Chetrit Group couldn’t immediately be reached for comment.