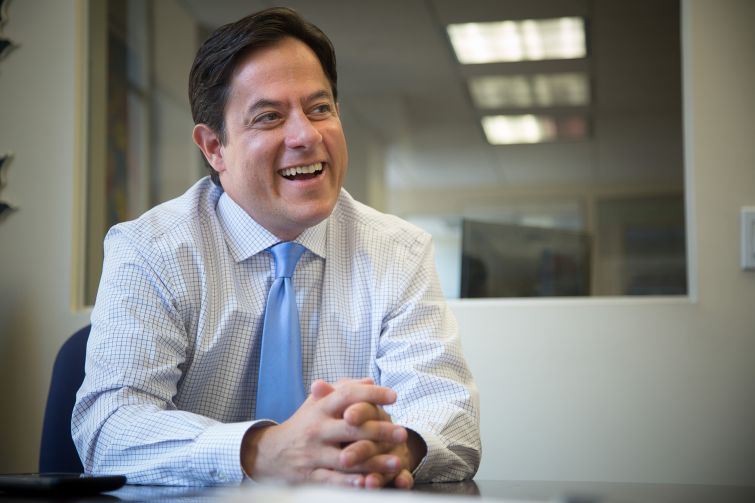 Mayor Eric Adams has named former Councilmember Daniel Garodnick as City Planning Commission (CPC) chair on Wednesday, after weeks of key housing and development appointments for the new administration being up in the air.

Garodnick currently serves as the CEO of the Riverside Park Conservancy and previously represented the Upper East Side and Midtown East in the New York City Council until 2017.

Aside from Garodnick, Adams also chose Edith Hsu-Chen as the executive director of the Department of City Planning (DCP), where she currently serves as the Manhattan director, which she was appointed to in 2008, and she has held a number of positions in the agency since 1997..

“Dan Garodnick and Edith Hsu-Chen are tremendously talented public servants with a proven track record of advocating for working people,” Adams said in a statement.

The Adams administration — still in the process of staffing up since Adams took office after the ball dropped on New Year’s — said it chose Garodnick for the role because of his previous work on development issues — such as pushing planners of the nine-acre “Solow site” between First Avenue and the East River to build lower structurally — while in the City Council. That’s where he chaired the Planning and Economic Development committees as well as served as a member of the Land Use Committee.

“Together, we will work with communities to foster inclusive growth, while welcoming innovation to create meaningful economic opportunities across the five boroughs,” Garodnick said in a statement.

Both Garodnick and Hsu-Chen will report directly to Deputy Mayor for Economic and Workforce Development Maria Torres-Springer.

“I have spent my career at DCP — a community where extraordinary professionals work side by side with the public to help build New York City’s brightest future,” Hsu-Chen said in a statement.

New York Buildings Congress CEO Carlo Scissura is reportedly in line to become the head of the New York City Economic Development Corporation (EDC), but his fate could be uncertain since news broke that he was allegedly contracted by a private developer to help push through private deals with the city without registering as a lobbyist.