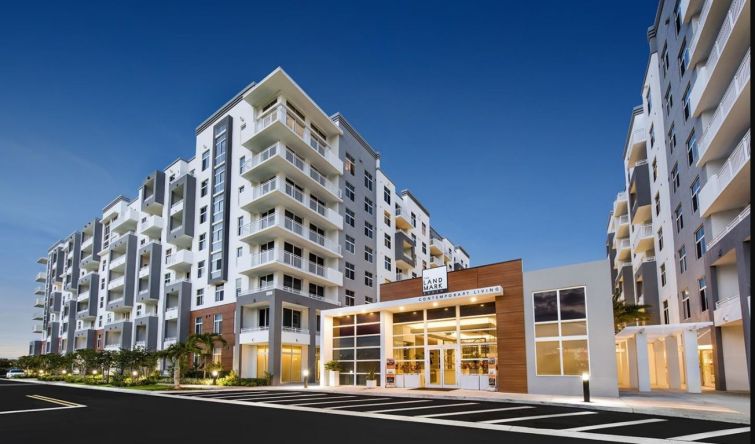 It’s hard to exaggerate just how explosive the residential real estate market was in South Florida in 2021.

Florida cities top every list for rent growth in the country, while the luxury segment keeps hitting new records, and new development condos are sold out before plans are even dry. And multifamily investment sales are right in line with all the hullabaloo, with capital pouring in from investors new and old, local and global, mom-and-pop and institutional.

The higher rents are largely driven by population growth, primarily of higher-income transplants, as well as by the piping hot housing market, which may be pricing out homebuyers who have to then rent instead. The upside for real estate investors is obvious: lower cap rates and the promise of even higher rents as time goes on.

A note of caution is necessary, however, as a frothy market has its downsides. For one, expenses are rapidly increasing, from rising insurance costs in the wake of the Surfside collapse and other catalysts, as well as rising construction costs as a result of supply chain limitations and inflation.

“We are seeing anywhere from 20 to 30 percent increases across all lines of business, which is pretty much unprecedented for the last 50 years,” said Ryan Cassidy, managing director of insurance services at Franklin Street. “Property, general liability, and excess liability are all at an all-time high at the same time.”

Those costs can’t simply be passed on to renters. The fallout from rising rents coupled with inflation is going to affect not only renters, but is likely unsustainable for the market, said David Lynd, CEO of LYND which has purchased multiple multifamily buildings in South Florida this year. One of his new acquisitions in Miami saw rents increase $500 in just a few months. Elsewhere, it’s even higher.

“People in Miami were already paying 50 percent of their gross towards rent,” he added. “That has gone up from 35 to 38 percent. What are they going to do? Pay 80 and not eat?”

Keeping these trends in mind, here are the top five multifamily sales in South Florida in 2021, based on data compiled by CoStar and provided by CBRE.

Barry Sternlicht’s Starwood Property Trust purchased the Palmer Dadeland, a highrise apartment complex in South Miami, for $371 million, far exceeding any other sales this year. Additionally, it exceeded the top sale in 2019, which came in at $322 million. With 844 units in the complex, the per-unit price was $439,692, which does not mark the priciest deal of the year, but puts it solidly in the top 10. The seller, Mill Creek Residential, completed the building in 2019, and Wells Fargo provided $260 million in acquisition financing.

Next in line is JSB Capital Group’s purchase of a luxury rental building in Doral for $255 million. The 631-unit Landmark South was completed in two phases in 2017 and 2021, and the per-unit price was $404,000. Similar to Dadeland, Doral is a Miami suburb far from any waterfront. Nevertheless, it made a strong showing, with three multifamily deals above $100 million this year.

In the heart of Miami’s financial district, the 50-story Solitair Brickell sold for $240 million, or $547,945 per unit. Real estate firm Carter-Haston bought the building, which was developed by ZOM Living and completed in 2018. ZOM had placed both the Solitair and the Las Olas Walk highrise in Fort Lauderdale on the market in June for a combined $460 million. The 456-unit Las Olas Walk sold as part of Grant Cardone’s $744 million acquisition of four properties.

It should be noted that each of those properties alone would likely have made the top 10, particularly Las Olas, which received $174 million in acquisition financing. However, the individual prices were not publicly available at the time of publication.

When Cortland purchased the Residences Uptown Boca rental complex for $230 million, it was South Florida’s most expensive multifamily sale of the year. The per-unit price for the 456-unit rental in Boca Raton works out to $504,386. The 38-acre site, at the edge of Palm Beach County near the Everglades National Park, was completed in 2020 by a group of four different developers. Only one unit remained to be leased at the time of the sale.

The final multifamily sale to make the top five was in Broward County, with the sale of City Center on 7th in Pembroke Pines, which is also located inland. In fact, four of the top five sales were nowhere near South Florida’s famed waterfront, and three are as far west as one can go before hitting the Everglades.

Apartment Income REIT purchased the 700-unit complex from Harbor International Group for $222.6 million, which works out to a fairly modest $318,071 per unit price.

Special mention goes to Avalon Bay’s purchase of the 243-unit Curv (since rebranded to Avalon Fort Lauderdale), a new rental in Downtown Fort Lauderdale, for $150 million. That puts it 10th in gross terms, but first in terms of per-unit price, which works out to an astounding $617,284 per unit.