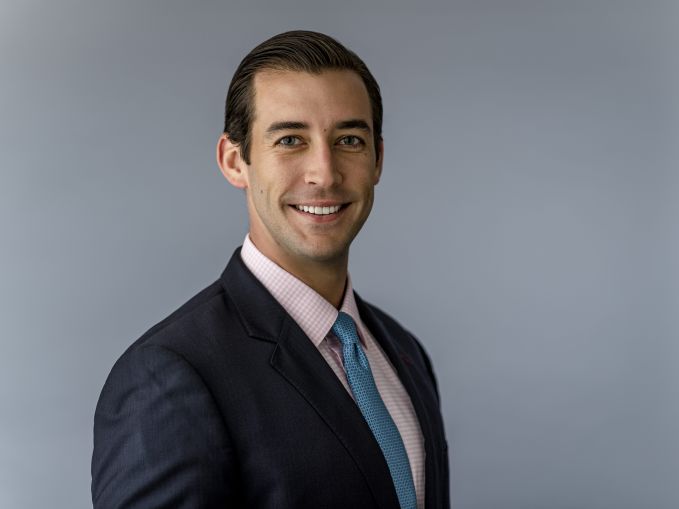 When Miami’s largest condominium developer says it’s never been busier during its 43-year-history, that’s saying something.

Related’s Nick Pérez has never seen anything like it. Son of Related Founder and CEO Jorge Pérez and younger brother to President Jon Paul Pérez, the younger Pérez is coming into his own during this roaring period.

Nick Pérez led the development of Related’s new headquarters in Coconut Grove, which this year was leased to marquee tenants such as hedge fund D1 Capital Partners and the Knight Foundation. Now he’s co-leading the St. Regis Residences Miami project in Brickell, the firm’s most luxurious and ambitious project to date, projecting a $2 billion sellout.

The 33-year-old is one step closer to company leadership since first joining in 2018. Pérez clinched a promotion this month, rising from vice president to senior vice president. Together, the Pérez brothers are expected to eventually lead the family business.

Commercial Observer sat down with the up-and-coming developer to discuss this wild year for South Florida real estate.

The interview was edited for length and clarity.

Commercial Observer: How was 2021 for Related?

We were expecting the growth that we saw coming from the migrations as COVID hit in 2020. People really started making the commitment to come out whether it was residential or office. The pace and growth of that continuation in 2021, I think for everyone in the market, was nice to see, but was more than expected.

Like you said, real estate here has done incredibly well this year. But South Florida real estate is also synonymous with financial collapses. The region was ground zero for the 2008 crash. Do you see something like 2008 on the horizon?

We are in a place that is completely different than what happened in 2008.

Purchasers are putting up a more significant amount of money for their units. It ranges from 30 to 60 percent, depending on the market and product type. It’s pretty hard to walk away from 40 percent of the purchase price that you’ve already invested. [At Solemar, Related’s luxury condo development in Pompano Beach under construction, buyers are putting down 30 percent deposits.]

Secondly, there’s a diversified buyer pool right now. It is no longer 90 percent South American. It is true 50-50 between domestic and South American buyers. Of those domestic buyers, many have made South Florida home.

And there has been a significant price increase [in the residential market] — but that is now supported by the jobs that are coming here.

You have a lot of these blue-chip names, private equity firms and hedge funds coming to Miami. And now Silicon Valleys of the world are going to Wynwood and the Design District. As these tenants build out their spaces and actually occupy some of the new office buildings, I think there’s going to be more price appreciation and the absorption factor of all these condos is still going to be pretty high.

I’d be remiss if I didn’t mention another crash, Champlain Towers South. How did the building collapse affect the condo industry and Related?

It was a tragic accident. Right after that happened, we immediately commissioned studies by engineers on apartments that we own, especially the older ones. Separately, now we do peer reviews on all of our structural designs and buildings, especially high-rises, to make sure that we’re not missing anything. It was a shock to the system to see a whole building collapse.

I think it’s going to make people flee to new. Older condominiums, which will face special assessments for their 40-year recertification and don’t have the reserves, are going to take a very hard look. We’ll see a lot more of these buildings be the subject of buyouts.

You’re alluding to condo terminations. Do you think that now is a unique time for developers to build along the ocean?

The market is really strong and prices are really high for new condominiums. From a numbers perspective, it only makes sense to pursue older condominiums on the beach or close to the beach. That’s where you’re getting a higher dollar per square foot than on the sale of a new unit versus what’s currently there.

There’s only so much beach and there are really no development opportunities left. You have to find old and replace with new.

At 900 N Ocean Boulevard in Pompano Beach, I closed on a site about 30 days ago. I negotiated over four months with 46 different people and was able to get all the units under contract.

And can you at least give me a ballpark figure of how much more you paid?

It was at least one and a half times more than what they would have gotten selling individually.

Is Related buying the Carlton Terrace condominium in Bal Harbour?

That transaction is still in process.

What’s in store for Related and South Florida in 2022?

In 2022, I think you’re going to see more of the same. There’s gonna be more announcements of big office tenants and that’s only going to fuel the residential.

It used to be that 100 percent of Related’s portfolio was residential. Now it’s probably 90 percent of the gross aggregate volume. We’re planning an office in Miami Beach and we’re looking to do one in Downtown.

We are the busiest we’ve ever been in our 43-year history. We think the future is bright in Miami. We have all the ingredients to become a real global city.