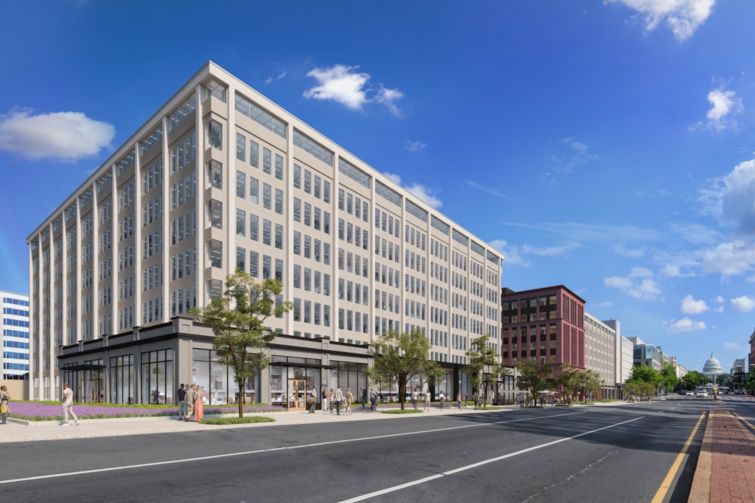 Another federal agency is moving to NoMa.

The OJP will take occupancy of 162,000 square feet in the first quarter of 2024, leaving its current home at 810 Seventh Street NW in the East End.

The building is part of the larger 625,000-square-foot Union Square complex owned by Network Realty Partners and USAA Real Estate.

When the partners acquired the property in 2019, there was approximately 400,000 square feet scheduled to expire in the coming four years.

“The location is attractive as are the amenities we have in the building,” Rod Lawrence, Network’s managing partner, told Commercial Observer. “NoMa is growing like crazy and filling in all of the vacant lots around us with new residential and retail. The OJP lease helps lock up the building for the long term with great credit and add enormous value to the asset.”

The OJP will take occupancy of 162,000 square feet of space in the first quarter of 2024, leaving its current home at 810 Seventh Street NW in the East End.

Earlier this year, GSA re-upped its 55,000-square-foot lease for a U.S. Citizenship and Immigration Services field office, signing a 15-year extension at the same property.

During 2021, Network executed more than 420,000 square feet of new leases at the Union Square complex, blocks away from Union Station and the Capitol.

“We have been successful in backfilling all of this pending vacancy, with an average term of over 18 years,” Lawrence said. “The leasing activity at Union Square has been tremendous, especially in an office market as challenged as Washington, D.C.”

In November, Network announced repositioning plans for the complex, which included the renovation of the office buildings and zoning approvals for a new 100,000-square-foot hotel, according to Network.

Requests for comment from the brokers and GSA were not immediately returned.