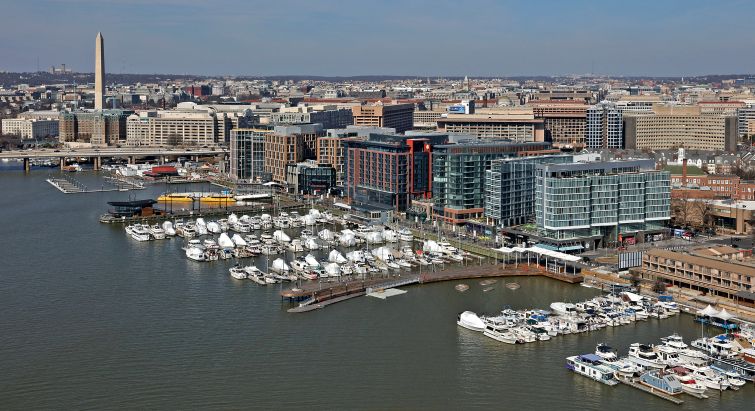 The Washington, D.C., region’s office environment has been on something of a rollercoaster ride since COVID-19 first reared its ugly head.

Office market recovery, and especially return-to-office efforts, are closely tied to the trajectory of public health recovery, which has been on a similarly bumpy trajectory.

“This year’s market has been one of anticipation and delayed momentum,” said Edwin Clark, an executive managing director at Newmark. “Over the last 12 months, it’s become clear that office market recovery is tied closely to public health metrics, and there have subsequently been ebbs and flows of industry momentum.”

For instance, vaccinations in spring allowed for summer and early fall return-to-office plans, while delta and the reinstitution of some indoor mask mandates in late July derailed reboarding and all but eliminated the small deal activity that had started to pick up in late spring and early summer.

Mandatory employee vaccinations became more commonly accepted in the fall and created optimism that despite viral spread, offices could bring back employees, but then the omicron variant, lack of delta control, and holiday schedules derailed reboarding.

“Ultimately, the region recorded modestly improved conditions in each quarter of 2021, with rising leasing activity from pent-up demand driving the market’s recovery,” Clark said. “But the pace of recovery still feels cautious, so long as there are outstanding threats from COVID-19.”

Occupancy contraction has become less severe in each quarter of 2021, but year-end net absorption was collectively more negative in 2021 than it was in 2020, according to Newmark. Sublease availability has been static at around 2.5 percent for most of 2021, indicating firms are no longer listing existing spaces for lease or they are not confident enough to remove their subtenants and reoccupy their offices.

The region’s asking rents have held stable or increased for much of the last two years. Some contraction was measured in late 2021 in certain submarkets, but overall, landlord competition during the pandemic was over effective rents, according to Clark.

The same was true for tenant improvements. “TI values have also been on the rise, with several examples of tenants achieving over $150 per square foot, a sum rarely seen in the years prior,” Clark said.

Despite the challenges, there is still activity.

Occupancy levels for District offices in 2021 remained low — 10 to 30 percent — and generally correlated with the level of COVID-positive cases in the area, noted Jordan Brainard, a senior vice president at CBRE in D.C. However, those levels seem to be creeping up, as evidenced by how crowded the best downtown restaurants have been recently, as well as an increase in traffic recently, she said.

“In 2021, there was a continuation and exacerbation of the same old story from prior years in the D.C. office market — supply outweighing demand,” Brainard said. “However, the trophy category of buildings tells a very different story and in 2021, we saw a continued flight to quality in the market. With construction deliveries slowing, there is a limited supply of the higher quality space most companies are now seeking for their offices.”

While there has been 3 million square feet of occupancy loss since March 2020, CBRE reported positive absorption for fourth-quarter 2021 for the first time in two years.

“Activity has been skewed toward renewals due to uncertainty, and tenants taking a ‘wait-and-see’ approach,” Brainard said. “However, relocations are on the rise as a sense of cautious optimism arises. Spec suites are in high demand as tenants seek immediate-occupancy, move-in ready options with less build-out related risks.”

At Hoffman & Associates, the company has had significant success with office leases for the second phase of The Wharf, with both Atlantic Media  and Freedom Forum relocating to the neighborhood in 2022 and early 2023, respectively.

“Occupancy in the offices at The Wharf has been lower, but started and continued to rebound this fall,” said Shawn Seaman, president of Hoffman & Associates. “Additionally, the quality of our tenants has resulted in less uncollected rents than many of our fellow owners in other markets and sub-markets.”

As we close out 2021, Seaman described the office environment in the region as one of growth but also transition, as various organizations continue to navigate new opportunities and barriers.

“The success of the office environment has never before been so dependent on location,” Seaman said. “In D.C., there is a noticeable decline in the central business district, but more mixed-use environments like The Wharf have thrived despite the downturn.”

Over the past 16 months, the typical office environment has seen significant shifts, most notably in the types of amenities and features that tenants are looking for in order to retain and attract talent.

To get employees back to the office, many organizations have adapted to not only how they work but the environments in which they work.

“As companies continue to assess their office space and make plans for the future, it is crucial that properties are meeting tenants’ needs when it comes to employee health and wellness as well as access to quality neighborhood amenities, conveniences and outdoor space,” said Doug Firstenberg, a principal of Stonebridge.

JLL research shows that the pandemic had a large impact on what tenants want and need out of an office. Flexible floor plans, hospitality elements, innovative technologies and design qualities have come to the forefront as top amenities.

For instance, at Stonebridge’s Avocet Tower in Bethesda, the company had been planning for features such as floor-to-ceiling smart windows, and a dedicated outside air system (DOAS) for optimal health and safety in the office, and these features have only become more relevant in recent months.

“From increased ventilation measures to more environmental additions like terraces and green space, health and safety are at the forefront for office buildings,” Hoffman & Associates’ Seaman said. “A differentiator for many of our office tenants at or moving to The Wharf is the amount of open outdoor and green spaces, from the piers to the anticipated 1.5-acre park called The Green. There is a greater appreciation and need for these types of spaces for both physical and mental health, as well as employees’ long-term successes.”

Even as omicron continues to spread fast, most experts believe offices will continue to be an important part of communities and neighborhoods, and the foundation for corporate work and idea sharing.

“Remote work will continue to have increasing relevance, but the energy and exchange of ideas that occurs in the workplace cannot be replicated in remote environments,” Seaman said.

Washington D.C.’s “next normal” is a 15 to 20 percent vacancy rate, CBRE’s Brainard said.

“This elevated vacancy will persist for the foreseeable future, meaning great opportunities will remain for tenants who are more value-focused,” she said. “However, the market for the highest quality space will continue to perform quite differently — occupiers’ increased focus on better, more efficient space in buildings with the best amenities will continue the trend of tightening in the most expensive and most sought-after product category. This trophy category will become more competitive until speculative construction begins again.” 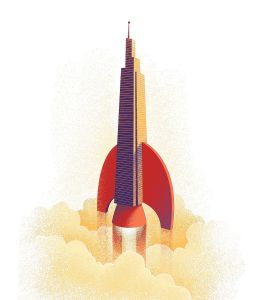