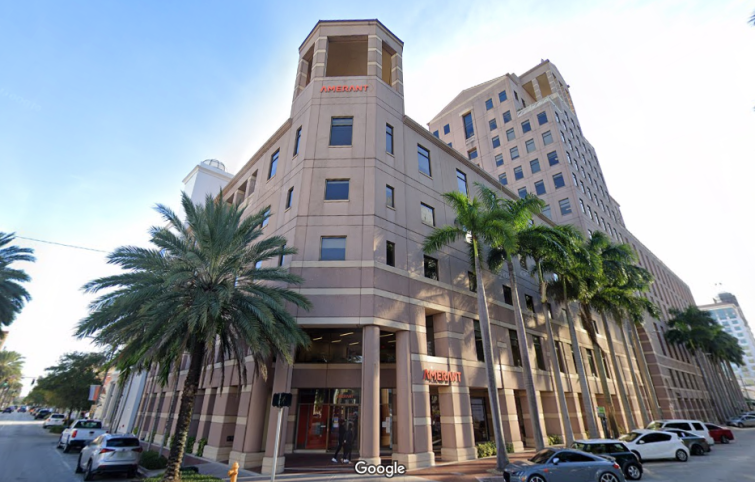 Amerant Bank is selling its corporate headquarters in Coral Gables, Fla. for $135 million in one of the largest sale-leaseback transactions of the year.

The New York-based Fortress Fortress Investment Group, which owns the Brightline rail line, is in final talks to purchase the building, located at 220 Alhambra Circle in downtown Coral Gables, according to documents filed with the Securities and Exchange Commission.

Amerant, the largest community bank in Florida, has agreed to lease back the 177,000-square-foot building for 18 years “at a market rent” while retaining the right “to sublet the whole or any part of the property,” according to the public document, first reported by CoStar.

The agreement ranks among the priciest sale-leaseback transactions this year, coming close to Boeing’s deal. In July, the aircraft manufacturer executed a short-term sale leaseback for its campus in Bellevue, Wash., for $139 million, the Puget Business Journal reported.

While the Amerant’s deal is expected to close by December 15, it could still fall apart. The “purchaser may terminate the agreement for any reason or no reason whatsoever,” the filing warned. Once finalized, the bank will automatically become a tenant.

CBRE’s Gordon Messinger, who manages leasing for the Coral Gables building, declined to comment about the pending transaction.

Amerant acquired the property, built in 1997, for $75 million in 2014, according to property records. In September, it signed a 10-year lease for 56,494 square feet for its back office in Miramar, 23 miles north of Coral Gables.

A representative for Amerant declined to comment, and Fortress Investment did not immediately respond to a request for comment.

Update: The article was amended to reflect Amerant’s comment.