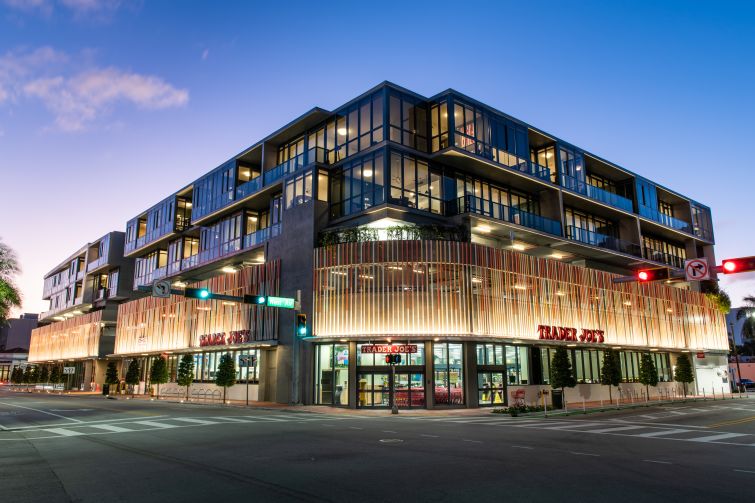 The 185,388-square-foot property sits one block from Lincoln Road, spanning a full block on 17th Street, between Alton Road and West Avenue. It comprises 23 loft-style residential units, 27,000 square feet of retail space and 36 parking spaces. The project’s residential component is under a long-term lease to hospitality brand Sonder, with building amenities that include fitness center and rooftop deck.

The site was home to a Shell gas station until Turnberry’s Rock Soffer and Elion Partners bought it for $8 million in 2016, according to TRD. Privee Capital is the third partner in the deal, and the family office to the Sredni family.

The project made headlines for being the first Trader Joe’s-anchored project in Miami Beach, as reported by South Florida Business Journal. Additional retail tenants include Truist and Verizon.

Its sponsorship has a deep track record of development. Miami-based Turnberry has more than $10 billion of projects in its portfolio, Elion Partners manages more than $1.5 billion in assets and Privee Capital has invested in, developed and managed commercial real estate since 1993.

As for Ladder, it’s been actively lending in the Miami area. In September, it provided a $33.5 million loan for Thor Equities’ newly constructed retail asset, Wynwood Walk, as first reported by CO.