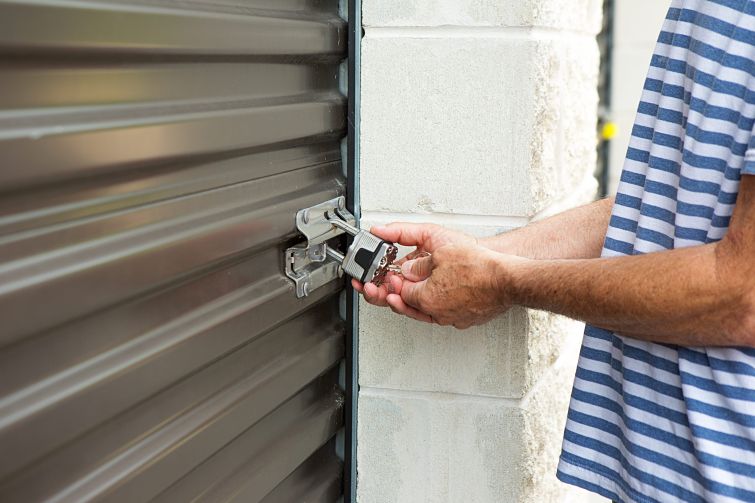 The New York area is expected to lead the country in self-storage development in 2021, with some 4.4 million square feet of new facilities completed, according to new figures from STORAGECafé, a marketplace run by real estate investment and property management platform Yardi. That’s up from the 3 million square feet added to the region in 2020.

Operators and developers are expected this year to add 43.6 million square feet of rentable self-storage space to the U.S. as a whole via 590 facilities. That’s less than the 49.4 million square feet added in 2020, and well below the 56.3 million delivered in 2019.

But that’s not necessarily bad news for the self-storage industry and its investors.

For years coming out of the Great Recession, self-storage operators slapped on new space as the industry consolidated behind major institutional real estate investment trusts, such as Public Storage, Extra Space Storage and CubeSmart, and Americans, in general, hoovered up more stuff that they needed to squirrel away.

The industry, since its modern roots in the 1960s, long relied on what insiders call the four d’s: death, divorce, disaster and displacement. It added that relative affluence (a fifth d, perhaps — decadence?) coming out of the recession. Simply put, there was a lot of consumer demand for an industry that could afford to expand. Rents rose, and self-storage became a reliable, if small and quirky, sector for commercial real estate investment.

Supply, though, eventually started to overtake that demand. The industry added nearly 57 million square feet of new self-storage space in 2018, up sharply from the 37.2 million in 2017. Rents buckled and operators settled in for a rocky few years as the market absorbed existing and planned space. That was before the pandemic hit. 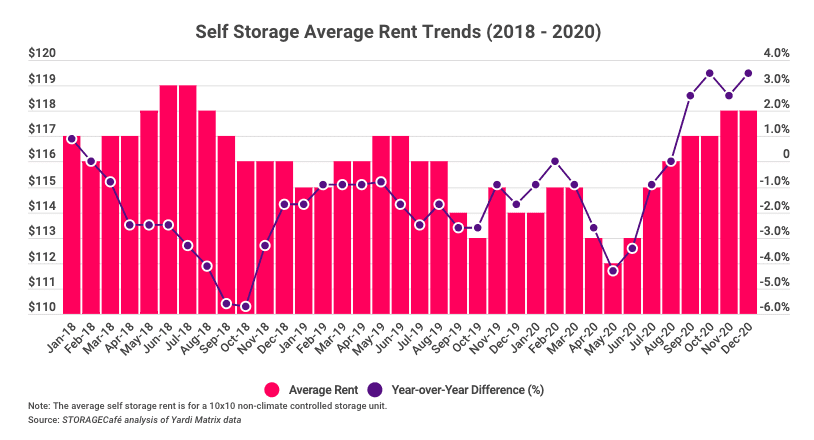 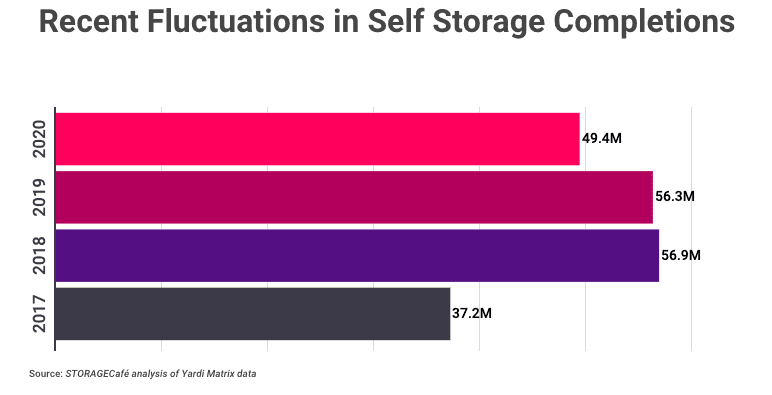 “Overbuilding was already looming when COVID-19 hit and the rent drops recorded in the first half of 2020 have been a direct consequence of the uncertainty accompanying those two factors,” according to a STORAGECafé report on 2020’s self-storage market.

Self-storage appears to be in recovery mode now. That volume of new deliveries of space has dropped, and demand picked up during the pandemic due to its economic fallout. People had to move more stuff into storage due to major life changes, such as freeing up space for a home office or for long-term moves out of cities to more spacious digs. The needs-based nature of self-storage meant that it was well-positioned to weather a storm like COVID.

Now, rents have started picking up, too, according to STORAGECafé. “In December 2020, average street rates for a standard 10×10 unit stood at $118 — a 3.5 percent increase compared to the previous year, per Yardi Matrix data.” Other statistics also show an uptick in rents toward the end of 2020.

Meanwhile, self-storage continues to be a particularly safe place to park money during the pandemic. It will never approach the desirability of the much larger office and multifamily sectors, investors and analysts say, but it sure beats the uncertainty of hospitality and brick-and-mortar right now.

“We’re seeing a lot of crossover money, money coming in from hotels, from multifamily, from retail investors who see the consistent returns that self-storage has been able to generate,” Ryan Clark, investment sales director at Tampa-based SkyView Advisors, which specializes in self-storage, told CO in November.