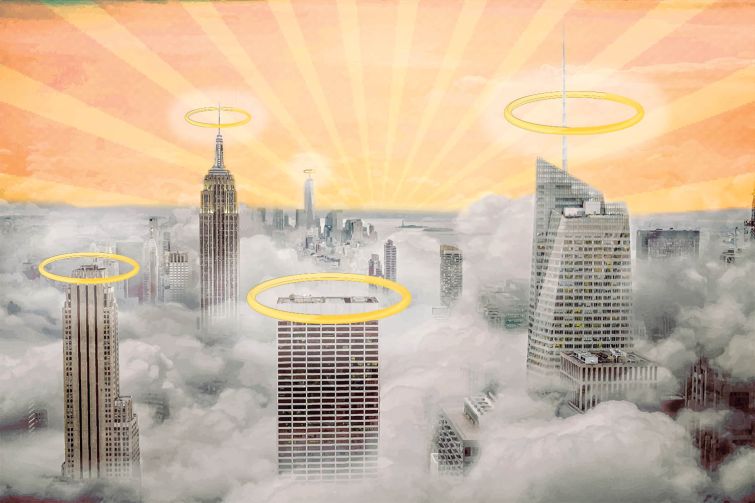 Sometimes (not always, they mix it up) if you enter the letters “esg” into Google, the first thing you will get is the ESG ratings and rankings of Standard & Poors Global, one of the key rating agencies judging the credit of companies worldwide. Enter a name of a company on the front page of their site and you can get S&P’s ESG score for the company. You don’t even have to scroll down.

For example, if you enter Google parent Alphabet (you only have to insert the first letters, auto-fill will obligingly put in the rest), you will see a score of 40. It has gradually gotten better every year since 2016. Its environmental score – the E in ESG – is 79, the best in its industry. Enter Amazon, and its score is only 21, down from 27 in 2016, but up from only 14 in 2018.

For years, if not decades, ESG (Environmental sustainability, Social responsibility and corporate Governance) has been the obsession of those who believe business has an obligation to both do well and do good.

Lately, such entities as S&P have translated that vague goal into mathematical equations. It is now possible to easily find who the wise think is doing it best. This may impact investment decisions among increasingly socially conscious investors.

For commercial real estate, it means both performing well, especially if you are publicly traded, and renting your space to the right companies so you bask in their reflected glory. The E — environmental — is especially important to real estate companies, given that heating or air-conditioning workspaces for human comfort requires energy that can generate a lot of carbon, if not done in a progressive manner.

Per its website, S&P says it asks companies to fill out what it calls a “corporate sustainability assessment,” a questionnaire that covers industry-specific topics relating to each company’s social and environmental correctness. Participating companies are assessed based on their answers as well as publicly available information. Non-participating companies are assessed solely on publicly available information.

The scores are nothing more than “a starting point” for examining a company’s social and environmental footprint, said Manjit Jus, global head of S&P’s ESG research and data. Without the scores, the ESG analysis could be confusing for investors and having scores helps them “make sense of it.”

“Some people don’t care about the score, they just want the raw data,” Jus said.

While companies have long been concerned with their environmental impact, lately, social and governance concerns have caught up, particularly in light of the Black Lives Matter movement, said Jus.

And S&P didn’t just start doing this. He said the company started considering these factors in 1994, and first converted its findings to scores in 1999, in partnership with the Dow Jones Sustainability Index. The system has evolved since.

“Last year, the topic of social and racial injustice, which had been around for a long time, was maybe not on investors’ minds, but now certainly has taken center stage, in terms of how society and stakeholders look at it,” Jus said. “The standards we use to measure whether companies are doing a good job or a bad job have certainly increased over time.”

Commercial real estate “has historically been one of the most engaged sectors,” Jus said. The industry, along with finance, has been either the first or second most responsive to the service’s inquiries, and has been particularly sensitive about its environmental impact — “the sheer physical impact of what they build and what they develop and how that impacts the world.”

Jus said he sees a convergence between S&P’s ESG ratings and the company’s core mission of rating debt instruments for their risk of blowing up.

“Our credit rating business values ESG as long as it’s relevant to measuring the risk of default,’’ he said. “They were historically born out of trying to assess equities. There might not always be a direct correlation, measuring the risk of credit default. But it’s rather, are companies adapting their business model, so they can be more profitable [and] seize more opportunities? [Say] if you’re a food producer and you’re moving into organic food, there’s a huge upside potential.”

ESG had a big moment earlier this year, when Laurence Fink, billionaire CEO of the world’s biggest asset manager, BlackRock, used his annual letter to embrace all that ESG stands for. Mechanic said his firm has done legal work for BlackRock.

“Over the course of 2020, we have seen how purposeful companies, with better environmental, social and governance (ESG) scores, have outperformed their peers,” Fink wrote. “During 2020, 81 percent of a globally-representative selection of sustainable indexes outperformed their parent benchmarks. And the broader array of sustainable investment options will continue to drive investor interest in these funds.”

To Fink and many others, poor ESG performance will catch up to a company in the long run. Sooner or later, it will pay a high price in terms of insurance premiums or class-action settlements if it ignores its environmental or social/governance responsibilities, even if its quarter-to-quarter results look good.

In his letter, Fink also nodded to the increasing importance of the S and the G. He asked companies that BlackRock invests in to “report on talent strategy [that] fully reflect[s] your long-term plans to improve diversity, equity, and inclusion, as appropriate by region. We hold ourselves to this same standard.”

Look no further than Google’s minimalist front page. Across the bottom, the company stakes its environmental claim: “Carbon neutral since 2007.” Click on it, and it will take you to an extensive declaration of Google’s environmental bonafides, pledging itself to be carbon-free by 2030.

ESG, and especially scored ESG, does have its detractors. ESG funds have attracted $340 billion of inflows the last two years, according to a May story in the Financial Times, citing the research firm EPFR. The article also noted that an analysis by Scientific Beta, an index provider linked to the French academic think tank EDHEC-Risk Institute, found that ESG leaders outperformed primarily due to more traditional metrics, such as profitability and conservative investment policies.

None other than Warren Buffett, America’s best-known investor, called a proposal to make all Berkshire Hathaway member companies report on ESG performance “asinine,” noting that many of the companies are small and the requirement would intrude on their independence, according to a May 4 Reuters account of Berkshire’s annual meeting in Omaha, Neb. Berkshire is Buffett’s prime investment vehicle, and its annual meeting weekend is heavily attended and widely regarded as “Woodstock for capitalists.”

The proposal was defeated.

The Berkshire Hathaway debate reflects ESG’s renewed prominence among investors, including in commercial real estate. Brad Thomas is the editor of The Intelligent REIT Investor, a trade newsletter. In his upcoming book, “The Intelligent REIT Investor Guide,” Thomas writes that a 2020 survey showed that a full third of large institutional investors, who weren’t yet using ESG measures, intended to do so in the near term.

“A solid 42 percent already incorporate them into their portfolio construction, another record-high figure,” he wrote. “Stated simply, capital flows matter and money is flowing into ESG.”

For a firm like Pembrook Capital Management, a New York-based investment firm that has been specializing in affordable housing for about 30 years, it’s like, where have you guys all been?

“There are organizations that score ESG for real estate-based companies,’’ said Stuart Boesky, Pembrook’s CEO. “We kind of feel like we’re way beyond that. Our very core existence is ESG. Our whole mission is based on socially responsible investing. There certainly aren’t many more important things to the world and the United States than being able to make a dent in the affordable housing shortage that we have.”

As an example, Boesky offered an investment the firm has made to keep some housing affordable in the Dupont Circle neighborhood of Washington, D.C., using affordable housing incentives offered by the federal government. It’s the kind of investment Pembrook has employed elsewhere around the country.

Boston Properties, the largest U.S. office real estate investment trust, last month announced several developments meant to underscore its “long-standing focus on environmental, social and governance issues.” Those include committing itself to achieving carbon neutrality by 2025, establishing a sustainability committee amongst its board of directors, and launching a diversity and inclusion committee in early 2020 to assure those values are part of the company culture.

“Focusing on ESG is both the right and the smart thing to do,” company CEO Owen Thomas said in a statement.

Boston Properties scored a 61 in S&P Global’s ratings, up from 27 in 2016. It ranks ahead of its peers in all three categories, but especially on the E, where its rating of 85 places it well ahead of the industry mean of 47, and 11th out of 132 companies.

Brookfield Property Partners sent Commercial Observer a statement saying the global real estate company, with $211 billion of properties under management on five continents, per its 2020 annual report, including New York’s Brookfield Place and Manhattan West, has “prioritized ESG principles long before we called them that.”

Among the things Brookfield says it does is mitigate its environmental impact, with a net-zero greenhouse gas goal by no later than 2050; provide for the health, well-being and safety of their employees, including non-discriminatory hiring practices; and engage with community groups that might be affected by decisions involving their real estate.

S&P does not rank Brookfield Property Partners, but does rank its corporate parent, Toronto’s Brookfield Asset Management, at 35, a big improvement over its 2019 score of 16. Of course, that score counts a lot more than just real estate, with BAM also having an extensive infrastructure operation building dams, toll roads and gas pipelines as well around the world.

Jake Fingert, a general partner at Camber Creek, a venture capital firm with offices in New York and Rockville, Md., that specializes in investing in proptech, was a senior policy adviser to President Barack Obama before joining the firm in January 2017. Fingert found that ESG was already a dominant topic at Camber Creek when he came aboard.

One of the foundational actions for the focus, Fingert said, was the formation of GRESB, or Global Real Estate Sustainability Benchmark, which according to its website was launched in 2009. It calls itself “the leading ESG benchmark for real estate and infrastructure investments across the world.” Its most recent iteration covers more than 1,200 property companies, REITS, funds and developers, according to the site.

“What they said was we all fundamentally care about the E part of ESG in particular,” Fingert said. “We recognize that in the long term, not just for real estate but for society as a whole, having greater sustainability is good for the market, it’s good for returns, it’s good for citizens.”