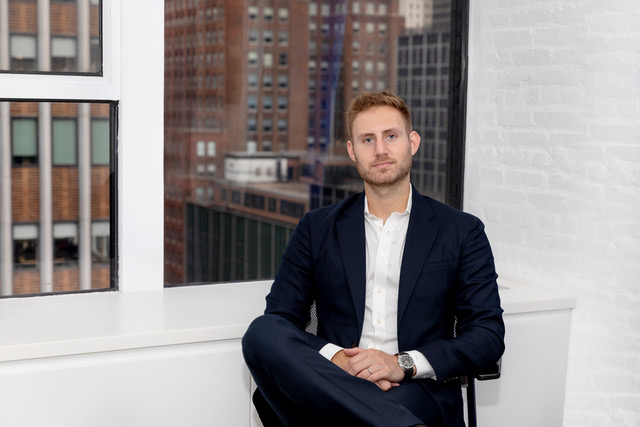 Hoffmann, who spent seven years at Somerset, will be charged with expanding HPP’s nationwide investment plan, and has already closed two multifamily deals in North Carolina and Virginia alongside HPP founder Mitchel Hill, who started the firm about seven years ago, Hoffmann told CO.

“[Mitch and I] have really great complementary skill sets,” Hoffmann said. “Now we have an ability to grow a real business … and look at a lot of different opportunities. It was good timing for me and it was the right opportunity.”

Hoffmann first started at HPP in mid-June, working on the purchase of the 48-unit property Blue Ridge Apartments in Raleigh, N.C., for $8.8 million and the 148-unit tower Arbor Trace Apartments in Virginia Beach, Va., for $28 million.

In the long run, Hoffmann wants HPP, to expand across the United States into multifamily and office assets. Charged with heading HPP’s acquisitions and developments, Hoffmann said he was most excited by the opportunity to build a business from the ground up as one half of a two-member team.

“We’re pretty opportunistic throughout the country,” Hoffmann said. “We like things where we can get our hands dirty, go in, renovate [and] do some construction … ​​We’re not looking in one specific location right now. We’re opportunistic [and] trying to find where we can find attractive and interesting deals.”

As head of acquisitions at Somerset, Griffin helped oversee the company’s commercial real estate and residential portfolios, including more than $1.5 billion in transactions during his tenure. He worked on the redevelopment of 300 East 42nd Street between East 41st and East 42nd streets — which Somerset and Meadow Partners bought in 2019 with $100 million from Brookfield Asset Management, CO reported.

“Griffin is an extremely creative, knowledgeable and talented individual who brings incredible energy and tenacity to all that he does,” Hill said in a statement. “His experience working on both sides of the table, owning and operating assets and his strong industry relationships will help propel HPP’s platform to new levels.”

Hoffmann’s college days have contributed to his career success. He played Division 1 basketball for Syracuse University. He and his team, Syracuse Orange, made it to the Final Four of the National Collegiate Athletic Association’s men’s tournament in 2013, where they lost to the Michigan Wolverines.

Basketball helped get Hoffmann into real estate, through the connections he made at Syracuse, and he thinks he’s more memorable to new business partners because of his D1 past.

Hoffmann said he still enjoys playing ball with other real estate brokers, but focuses more on having fun, getting a good workout in and heading home safe and uninjured to his 10-month-old daughter.

Somerset did not immediately respond to a request for comment.