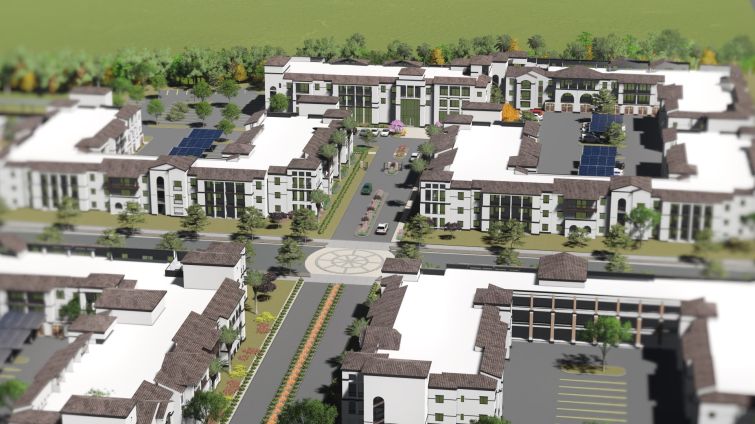 Along with the e-commerce job growth and suburban migration in the Inland Empire, investors are also tapping into a growing multifamily market in the region east of Los Angeles.

Commercial Observer can first report that LuxView Properties secured $93 million in preferred equity and construction financing for the development of Venue at Orange, a 328-unit community in the city of Redlands in San Bernardino County. The stack includes a five-year, $66.8 million, floating-rate loan through Principal Real Estate Investors, and $26.2 million in preferred equity from an undisclosed public REIT.

JLL announced and sourced the funding, but declined to share the name of the REIT. LuxView Properties and Principal did not immediately return requests for comment.

LuxView Properties expects to complete the wood-frame, garden-style community on nearly 22 acres at 1600 Orange Avenue in late 2022. It will be the first new multifamily development in the city of Redlands in more than 30 years, and it’s the only entitled multifamily site in the market.

The community will consist of one-, two- and three-bedroom units averaging 944 square feet. It will feature resident conference rooms, a large community park with trails and jogging paths, a community courtyard with a planned community center, a demonstration kitchen, an enclosed playground, a community pool, a gymnasium and outdoor exercise areas.

Principal Real Estate is also invested in San Bernardino’s industrial offerings, and paid $94.6 million for a 575,000-square-foot building in the third quarter, according to Newmark. At its California Commerce Center, Principal signed Banyan Imports in May to a 203,408-square-foot lease for more than 20 years.