Broad Street Development (BSD) and Invesco Real Estate have refinanced their office tower at 80 Broad Street in Manhattan’s Financial District with PCCP as the lender, the firms announced Tuesday.

While deal parties wouldn’t comment on the loan amount, sources told Commercial Observer that the joint venture locked in $150 million from PCCP.

Built in 1931, the 423,777-square-foot asset sits at the corner of Broad and Stone streets and includes 12,385 square feet of retail space on the ground floor and lower level.

BSD acquired the Art Deco property from Savanna in 2014 for $173 million as a repositioning opportunity. Invesco acquired a 95 percent stake in the asset in 2017, with the two partners completing a $235 million recapitalization of the asset shortly thereafter.

Since then, the joint venture has invested more than $9 million on capital improvements to the 36-story building, including renovations to the lobby, hallways and restrooms. Further upgrades — including elevator modernizations and speculative tenant buildouts — are currently underway.

“PCCP saw this as a compelling opportunity to refinance an experienced operator and repeat PCCP borrower on a high-quality and historically well-leased office asset that is well-positioned to attract tenants as the NYC office market recovers,” Brian Haber, a vice president with PCCP, said in prepared remarks.

“It was a seamless process working with PCCP and we look forward to more collaboration as we both continue to grow,” said David Israni, a senior managing director at BSD.

The property offers tenants floor plates of up to 16,500 square feet, with some floors featuring private terraces and views of the Manhattan skyline or the New York Harbor.

In August, LeafLink, an e-commerce site for the cannabis industry, doubled its presence in the building, signing an expansion to take a second floor, bringing its space to 26,000 square feet. 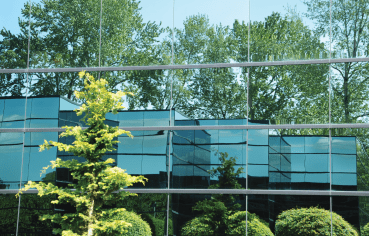