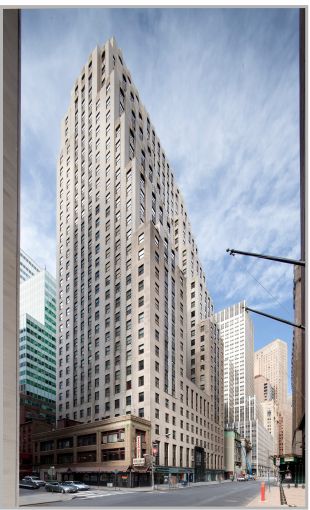 Broad Street Development has closed on the purchase of 80 Broad Street from Savanna for $173 million, Commercial Observer has learned.

Real estate private equity firm Savanna acquired 80 Broad Street between Stone and Beaver Streets in 2011 after taking control of the property’s senior mortgage at a 12 percent discount on its $75 million value, the New York Post reported in August when the deal was in contract. The building had previously been owned by Swig Equities, which paid $70 million for the property in 2004.

“We are proud of the improvements we have made at 80 Broad Street and the leasing success that has followed,” said Christopher Schlank, a managing partner of Savanna, in a prepared statement. “80 Broad Street is a further testament to the growth of the Lower Manhattan market, which continues to transform and attract tenants across a wide variety of industries.”

The new owners of 80 Broad Street hope to attract tech tenants moving beyond the incubator stage to the building, Raymond Chalme, the chief executive officer of Broad Street Development, previously told the Post.

Adam Spies, Douglas Harmon, Joshua King and Adam Doneger of Eastdil Secured represented Savanna in the sale. Broad Street didn’t have a broker in the deal.