Why New York Tenants Are Buying Their Buildings Instead of Leasing

'Google's doing it,' for one thing 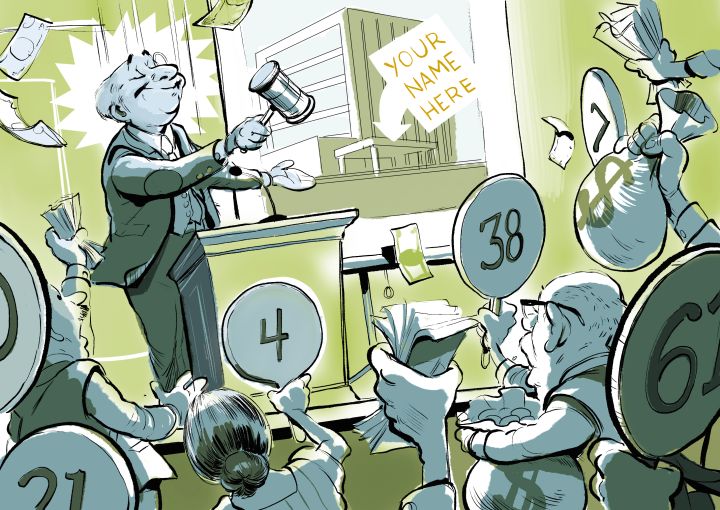 Whatever its true merits, personal homeownership has generally been depicted as an unalloyed good — an essential wealth-building tool, the bedrock of healthy communities, the cornerstone of the American dream!

Businesses, on the other hand, have often opted to rent. Sure, you have your famous flagships, though, in many cases, their namesakes are long gone — Pan American World Airways doesn’t own 200 Park Avenue nor does MetLife, even if that’s how generations of New Yorkers came to know the building — but, by and large, compared to the residential scene, commercial operations have preferred leasing to buying.

It makes sense. Most companies aren’t in the real estate game, so why invest capital in an area outside your core competency? Leasing may also leave you less exposed to the vagaries of the property market and provide flexibility in case a change of scenery is in order.

At the same time, no one likes writing out a rent check each month. And, with prices somewhat soft at the moment for commercial properties in New York City, more businesses are opting to buy.

At the flashier end of the spectrum, you have Google, which in September announced plans to buy the St. John’s Terminal building in Hudson Square, which it was already leasing, for $2.1 billion. That follows the purchase last year by fellow tech giant Amazon of the former Lord & Taylor building in Midtown Manhattan for $1.15 billion.

A trend toward owner-occupied property is apparent at the market’s lower registers, as well, said Craig Waggner, managing director in the capital markets group at Cushman & Wakefield, who cited a deal his team recently closed for which a firm purchased a pair of boutique office buildings at 21 and 23 West 26th Street.

The company “is in it for the long run and is looking to occupy space in a market where values are down a little bit, and they see it as a buying opportunity,” Waggner said.

He said that he was currently getting a dozen or more inquiries a month from companies looking to purchase space they can occupy themselves, typically between 10,000 and 75,000 square feet.

“I think for medical practices and smaller business users, there are really attractive financing options,” Kelly said. “And they get tax benefits [from owning]. So it’s a good long-term investment for them as opposed to leasing space.”

Industrial is another area seeing an uptick in owner-occupied property, Kelly said.

“If I’m in industrial, that is the darling of the commercial real estate market right now because everything is going to last-mile distribution and how do you get something to consumers faster,” he said. “So if I have a 10,000-square-foot garage or warehouse in a good space and it is going to cost me a couple of bucks to buy that, I can finance it pretty easily with inexpensive SBA [Small Business Administration] financing and look at that as a great long-term growth strategy.”

David Schechtman, senior executive managing director at Meridian Capital Group, said that he has for years fielded requests from clients interested in buying their own commercial buildings.

“Every year I’ve had people come to me and say, ‘We would love to buy a building and populate it and lease out the rest of it. We have enough capital and it will also give us the optionality to expand,’” he said.

The upside of such an arrangement, of course, is that instead of paying rent to someone else, the other tenants in your building are paying rent to you. The downside is that now you’re in the real estate business, with all the risks and responsibilities of being a commercial landlord.

“That’s accurate,” Schechtman said of the potential drawbacks. However, he added, the leasing world has become very efficient, with a number of outside firms available to run the building for you if you decide you don’t want to.

Another advantage, he added, is having more control over who your co-tenants are, and the ability to choose tenants whose presence might benefit your business. “You have the opportunity to say, ‘Okay, I’m a drug concern. I’m going to rent out [my excess space] to other people who are accretive to my use,’” Schechtman said.

He cited the example of a 171,000-square-foot medical office building in New Jersey he is currently marketing. “The owner populates around 15 percent of it, and over the years he has expanded and contracted,” he said. “And the balance of the building is medical use. So he got to pick and choose who was next to him and create kind of a better building, or a building that suited his [business].”

Waggner added: “The difference with buying versus leasing is that obviously when you buy, you have a larger upfront capital expense, but in the long run you have a lot more to show for it. You have appreciation. Everyone believes New York is going to be back in full force in a short period of time. So, if you have some visibility into what your company is going to look like five or 10 years from now, then buy a building a little bit bigger than you need and lease out the extra space that you don’t need.”

“What I’m starting to see recently is people are saying, ‘Hey, I have money. I understand the market is somewhat depressed. I want to buy something, and I’m going to use it,’” he said. “I’m starting to see that more and more. And it’s a smart thing to do.”

After all, Schechtman added, “Google’s doing it.”

And could there be any better endorsement than that?

This article appeared in the Tenant Talk newsletter. Consider subscribing to that and other Commercial Observer newsletters.