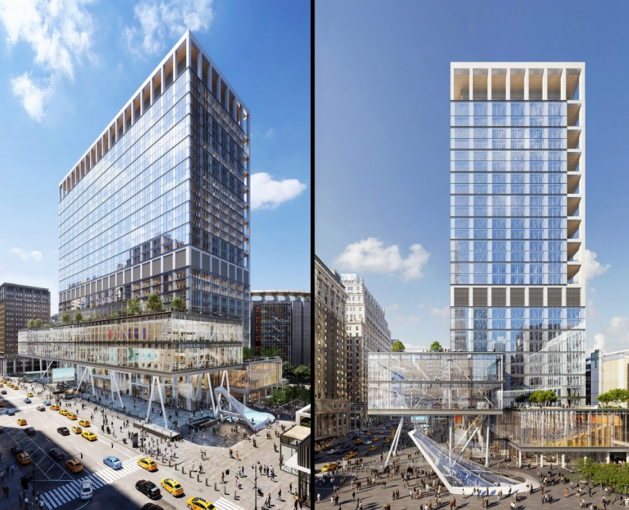 MSG signed a new 20-year office lease at Penn 2, as Vornado has branded it. The 1.6 million-square-foot office building occupies two full blocks on Seventh Avenue between West 31st and West 33rd streets, on top of Pennsylvania Station. Vornado did not disclose asking rent or the brokers involved in the deal.

“MSG’s commitment to Penn 2 continues the momentum we are generating in the Penn District, where we are creating a one-of-a-kind, next-generation work environment at the heart of New York City’s thriving West Side,” Vornado Chairman Steve Roth said in a statement.

Vornado is sinking billions into a renovation of the building, which includes a full exterior recladding with new floor-to-ceiling windows, 65,000 square feet of outdoor space that includes a “rooftop park,” 16 loggia-style patios and three large terraces. MdeAS Architects is handling the renovation, which involves replacing one of the main entrances to Penn Station, as well as updates for one of the station’s underground retail corridors. Charles Luckman Associates designed the 31-story building, which was constructed in 1968.

MSG operates its eponymous 820,000-square-foot sports arena and concert venue next door on Eighth Avenue, as well as the 5,600-seat Hulu Theater.

James Dolan, the CEO of MSG Entertainment, said in a statement that “we are pleased to have reached this agreement, which keeps our corporate headquarters at Penn 2, in the heart of the city next to our Madison Square Garden arena.”