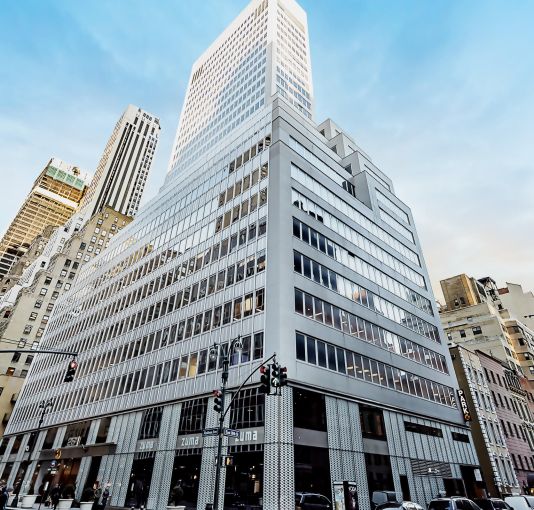 Industrious inked a 10-year partnership agreement for the 43,874-square-foot space on the entire ninth and 10th floors of the 28-story building between East 38th and East 39th streets, Sapir said.

The space was formerly occupied by WeWork, which signed a lease for the 261 Madison outpost in 2012 but shuttered it in January as it shed locations to help cut down its huge cash burn and try to become profitable.

It will be Industrious’ 12th outpost in the city as the company continues jumping into spaces vacated by its competitors, with plans to add about 1 million square feet of new space this year, CEO Jamie Hodari previously told Commercial Observer.

“New York City is an exciting market for coworking as many small and mid-sized companies are looking for solutions to their return-to-work plans,” Doug Feinberg, senior director of real estate for Industrious, said in a statement. “The demand for flex office space is apparent in the city.”

Peter Turchin, Gregg Rothkin, Tim Freydberg, Jared London and Hayden Pascal of CBRE represented the landlord in the deal. Sacha Zarba and Alice Fair, also of CBRE, handled it for Industrious. A spokesperson for CBRE, which bought a 35 percent stake in Industrious earlier this year, declined to comment.

“Industrious adds to 261 Madison’s strong roster of innovative, industry-leading companies that are drawn to our prebuilt workspace and close proximity to Grand Central Terminal,” Alex Sapir, president and CEO of the Sapir Organization, said in a statement.