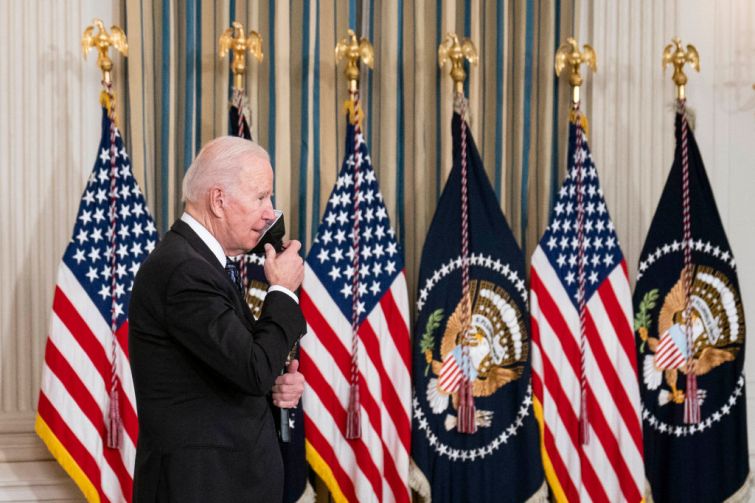 The Occupational Safety and Health Administration (OSHA) paused the enforcement of a federal vaccine mandate for private employers, saying it was awaiting the outcome of a legal battle over it in federal court.

The decision cuts into the federal government’s ability to enforce vaccinations among larger companies, which have looked to public institutions for guidance on how to protect staffers against the coronavirus without violating worker rights.

“While OSHA remains confident in its authority to protect workers in emergencies, OSHA has suspended activities related to the implementation and enforcement of the [the mandate] pending future developments in the litigation,” the government organization’s website reads.

The vaccine mandate would have required employees at companies with more than 100 workers to receive full doses of the COVID-19 vaccines by Jan. 4, 2022 — or to show proof that they tested negative for the virus on a weekly basis. President Joe Biden announced the requirement, which would impact about 84 million employees, on Nov. 4, quickly triggering a legal battle in the U.S. Court of Appeals for the Fifth Circuit.

The court reaffirmed its decision to press pause on the implementation of the vaccine requirement Nov. 12, directing OSHA to “take no steps to implement or enforce” the program “until further court order,” according to OSHA.

The court case was born from a series of legal challenges by the Republican attorneys general of Texas, Mississippi, Utah, Louisiana and South Carolina, and a handful of private companies who believe OSHA is exceeding its powers with the rule, CNBC reported. The conservative-leaning court has indicated that the federal requirement is too broad to be put into action, and the case could reach the chambers of the U.S. Supreme Court, per CNN.

Biden’s mandate has faced more than 30 challenges in courts around the country, forcing the United States Department of Justice to take a page from the New York Lottery and write each on a Ping-Pong ball to choose one at random from a raffle drum. The Sixth Circuit Court of Appeals was picked as the winner, and the cases will be consolidated in that court, Time reported.

Vaccine requirements, however, have already been implemented by some private companies in New York City. Local landlords Related Companies and the Durst Organization were some of the first to enact strict vaccination requirements, requiring that employees receive their full doses or be fired — unless they have a religious or medical exemption. Related had reached a 100 percent compliance rate in September and Durst saw 99.7 percent compliance as of early October.

Mayor Bill de Blasio required that all New York City municipal employees get vaccinated by the end of October. As of Nov. 15, 93 percent of the city’s workforce has been fully vaccinated, according to data from the city. The New York City Department of Corrections, which has a later vaccination deadline due to staffing shortages at Rikers Island, has a 63 percent vaccination rate.

A representative from OSHA did not immediately respond to a request for comment.