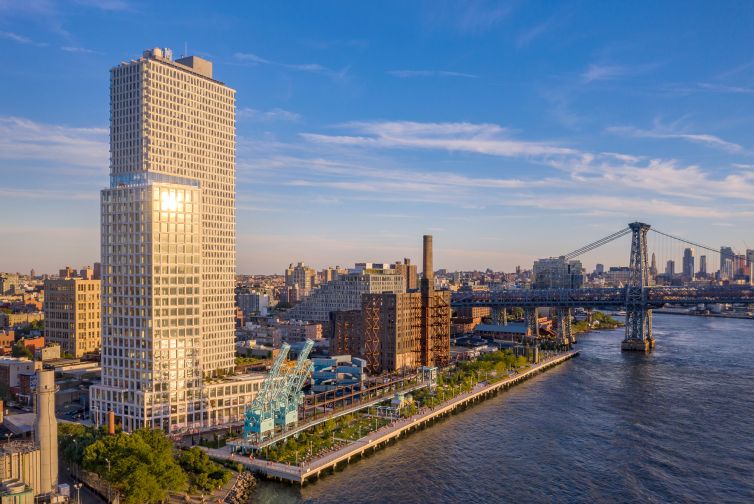 The London-based concert ticket app DICE has inked a deal for 13,300 square feet on the fourth floor of 10 Grand Street in Williamsburg, Brooklyn, Commercial Observer has learned.

DICE, which offers a platform for users to find tickets for concerts and events in cities like New York and London, snagged a five-year lease at the building abutting the East River. Asking rent was in the $60s per square foot, according to Alyssa Zahler, who handled the deal in-house for landlord Two Trees Management.

“We’re super excited to welcome them to both the building and the neighborhood,” Zahler told Commercial Observer. “They’re a dynamic growing company that’s expanding here in the U.S. from overseas and where better a place to make a mark [than] a location where so many people already live and play.”

The 24-story tower will be DICE’s first direct office lease in the city as the startup had a smaller presence at a Manhattan WeWork, though most of its employees are currently working from home, Zahler said. Two Trees is building out the ticket company’s new office space, which should be ready for occupancy in about three to four months, Zahler added.

“DICE determined Williamsburg was the perfect location to grow its head count while maintaining proximity to some of its marquee clients in New York,” Cushman & Wakefield’s Jason Kroeger, part of the team that brokered the deal for DICE, said in a statement. “DICE’s new office at 10 Grand Street offers amazing amenities for employees and will be an incredible place to showcase the company’s products and offerings to prospective clients.”

Along with Kroeger, C&W’s Joseph Cirone, Patrick Dugan and Daniel Rasmussen represented DICE in the deal.