SoHo Rezoning ‘Knife in the Heart’ of Neighborhood, Pol Says 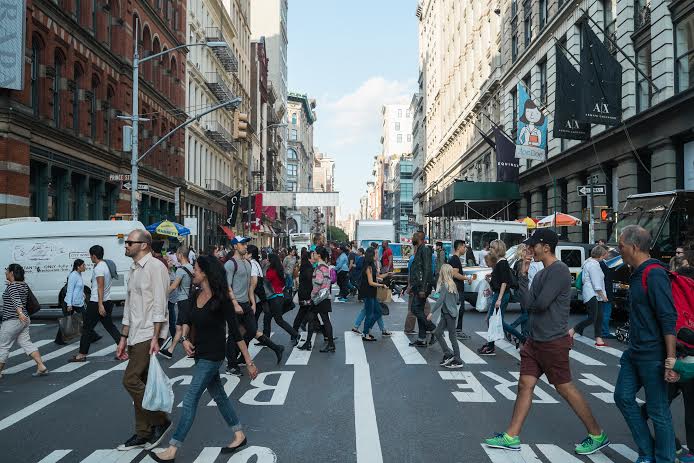 The contentious rezoning of SoHo and NoHo was called a “knife in the heart” for the neighborhood that betrays the artists who made the neighborhood into what it is today, Assemblymember Deborah Glick said during a New York City Council hearing Tuesday.

“Now, if I thought that this would get more diversity and more affordable housing, I could be supportive — if I was sure that [joint live-work quarters for artists] and rent-regulated folks were protected,” Glick said. “But this is a plan for thousands of luxury units, an audacious giveaway to luxury development, guaranteeing a less diverse and more wealthy enclave while undermining an important and existing arts community.”

State Senator Brad Hoylman also objected to the plan, adding he had hoped the city listened to the community’s concerns and retooled it.

“I signed on to testimony from Congressman [Jerry] Nadler where we stated that we were hopeful that the commission would go back to complete the work of crafting a proposal that could generate broad agreement,” Holyman said. “Unfortunately, that just has not happened.”

The City Council’s subcommittee on zoning and franchises reviewed Bill de Blasio’s administration’s plan to rezone the area — one of the outgoing mayor’s last major proposals — which could expand affordable housing options but has been fraught with opposition by locals. It was the last public hearing on the proposal before it moves to get voted on by two City Councils committees and the full council before the end of the year.

The plan for the neighborhoods, which also affect Chinatown, has the potential to create between 621 and 940 affordable units. Even if it gets passed, de Blasio would still be far behind former Mayor Michael Bloomberg in the number of approved rezonings as de Blasio has done six while his predecessor did over 100.

But the SoHo and NoHo rezoning has faced fierce pushback since the public review process kicked off in October 2020, from community groups worried that it could pave the way for big-box stores.

It survived a lawsuit from local groups to stop it but was voted down by the local community board which argued it did not create enough affordable housing in the area. Manhattan Borough President Gale Brewer later came out in opposition of the proposal.

Despite local opposition, the City Planning Commission unanimously approved the plan in October and chair Anita Laremont strongly argued in favor of the plan during Tuesday’s hearing.

“As many noted during our numerous in-person and virtual engagement events, SoHo and NoHo are significantly constrained and hampered by the outdated 50-year old zoning created in 1971 for a very different SoHo/NoHo,” Laremont said. “As such, this restrictive regime has resulted in extremely limited housing options that exclude moderate- and low-income New Yorkers. Increasing pressure on surrounding neighborhoods and less protected areas contributes to storefront vacancies and disproportionately burdened smaller business owners who often lacked the resources and capacity to navigate land use and environmental review processes.”

Despite City Planning’s support, some council members questioned the plan.

The unlimited retail “as of right” included in the rezoning was a point of concern for Councilmember Francisco Moya who doubted that large-format retail stores will be beneficial economically for the communities. But DCP’s Sylvia Li, project supervisor for the rezoning, was confident that the job opportunities within the retail component of the plan will be critical to reimaging SoHo and NoHo.

Additionally, Moya questioned why the DCP would focus more on the retail floor area ratio (FAR) rather than that of housing.