Buyer, beware, say the experts — and pay attention to the developer behind the project 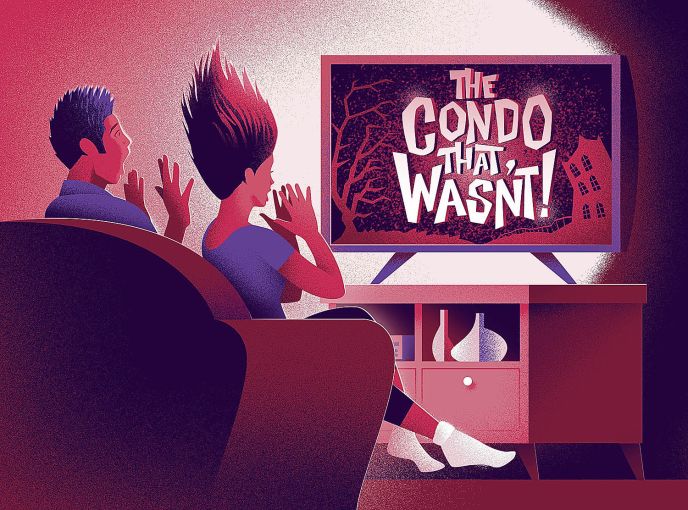 It comes across as a multimillion-dollar nightmare.

The myriad things allegedly wrong with the high-rise condominium tower at 432 Park Avenue, the fifth-tallest building in New York City, are spelled out in a late September lawsuit in Manhattan Supreme Court, with lawyers for its residents calling it “one of the worst examples of sponsor malfeasance in the development of a luxury condominium in the history of New York City.”

But, even with the sort of high-profile situation at 432 Park rearing up, the Manhattan luxury condo market — likened repeatedly in the past several years to a Swiss bank for the 21st century — roars on, even as COVID-19 caused it to take two or three quarters off.

Much of that is due to the perennial demand for Manhattan housing. Some, too, is undoubtedly because most developers in the borough do luxury development quite well, or at least at a level that does not invite the sort of fallout as seen at 432 Park and at a handful of other projects.

At 1,397 feet, No. 432 is almost 150 feet (minus the antenna) taller than the Empire State Building, once the tallest building in the world, according to Emporis, a research firm that tracks skyscrapers around the world.

There’s “horrible and obtrusive noises and vibrations” due to that conspicuous height, the court complaint says. Elevators allegedly repeatedly shut down, not only trapping people inside the cars, but making for hours-long delays and denying occupants access to their condos. There was a recent explosion, per the complaint, when a worker trying to repair water infiltration drilled through concrete and severed an electrical cable, cutting the feed to one of the building’s chillers and shutting down some of the air-conditioning. There have been two arc-flash explosions in the past three years.

The tower at 432 Park was the pioneer for a rash of skinny high-rises along 57th Street, which has become known as Billionaires’ Row, including One57, Central Park Tower, 225 Central Park South and others, offering spectacular views of Central Park and much of the New York region.

Advances in construction technology — most notably gigantic, unimaginably heavy pendulums hung high in a building, acting as a counterweight to wind pressures — make these slender and uber-expensive towers possible.

“Every large project in New York City and elsewhere has unique flaws,” LePatner said. “Anyone who is sophisticated about design and construction in this world knows what I said is a true statement. The question is whether the smart professionals on the design side, the construction side and the owners’ side do the requisite work to anticipate and avoid them during the course of the project.”

Construction managers typically will return to a “finished” project the following year to identify and fix items that weren’t picked up while it was being built, LePatner said. When problems go on for more than a year, “that is what is unusual.” Construction of 432 Park finished in 2015.

CIM Group of Los Angeles, which co-developed 432 Park along with Harry Macklowe’s Macklowe Properties, issued a statement at the time the lawsuit was filed, calling the building “a successfully designed, constructed and virtually sold-out project that delivers the finest level of service, world-class amenities and state-of-the-art technology.”

The statement went on to say, “like all new construction, there were maintenance and close-out items during that period.” Typically, the company said, there are problems that come out when the condominium board goes from developer to occupant control.

Condo “owners should rightfully expect that the best building in NYC would have high standards for the closeout transition. The sponsor is working collaboratively with [the condo board] to accomplish a smooth transition,” CIM’s statement said. “We are committed to resolving all matters that we are responsible for under the condo offering plan.” Attempts to obtain comment from Macklowe Properties were unsuccessful.

Others involved in the city’s luxury condo market expressed a sentiment similar to CIM’s: Don’t read too much into the owners’ complaint — they are merely staking out a position in anticipation of negotiations that will work out who is responsible for what, especially financially. (And it should be noted that despite all this 432 Park sold a half-floor unit last week for $26 million according to The Real Deal, so sales are still happening.)

“Hopefully, they will sit at a table and work everything out,” said Noel Berk of Engel & Volkers, who is marketing a 79th-floor unit in 432 Park for $135 million, in a video interview with TRD. “If they’re smart, they won’t go to court, and sit down and work it out.”

Stuart Saft, a New York attorney and a tested veteran of the city’s real estate wars, recommended that potential buyers check into developers’ reputations. Vornado Realty Trust, Extell Development Company and Zeckendorf Development have excellent reputations, for instance, and their condos don’t have problems, he said. Though they still might struggle with sales prices sometimes — “struggle” being a very relative term in the rarefied world in which these condos trade.

TRD reported in late September that a four-bedroom unit at Extell’s Central Park Tower — at 1,550 feet, even taller than 432 Park — sold for $49.7 million, not the original asking price of $95 million. There have been 33 closings in the building, and the price has been an average of 25 percent below what Extell was aiming for. (Extell did not respond to requests for comment.)

At towers not backed by the likes of Extell and Zeckendorf, the issues tend to be more financial in nature. At the XI, at 76 11th Avenue, Ziel Feldman’s HFZ Capital Group had been battling lenders and his own staff over the project, according to published reports.

On its own website, HFZ describes the 275-unit XI as “arguably [its] most ambitious project to date.” It offers views to die for, right on the Hudson River, in the West Chelsea neighborhood near the High Line. It has trendy architecture, two towers distinctively slanted towards each other, both designed by starchitect Bjarke Ingels.

And yet it has been beset with problems. These range from a foreclosure by its chief lender, a subsidiary of the U.K.-based hedge fund Children’s Investment Fund, for $136 million in defaulted loans to a HFZ executive with alleged mob ties, to an ignominious break between Feldman and his erstwhile partner Nir Meir (Feldman called Meir a “sociopath” 17 times in a court filing, according to TRD). Such things and the overbuilding of the market made it hard for some high-profile projects to make the numbers they promised their investors and lenders.

On Nov. 9, the New York Post reported that veteran developer Steven Witkoff was leading a group that intended to buy out Feldman’s debt, over $1 billion, on the XI and take over the project. There are no active listings in the building, according to Streeteasy.

“Prior to COVID, the market was oversaturated,” said Cesar Guevara, founder of MQ Realty, a brokerage that focuses on residential real estate in Manhattan and Queens. “There were a lot of projects that had started already, they had already been funded and there was a lot of stuff on the West Side, a lot of stuff in Midtown, a lot of the high-end luxury market just sitting there.”

At 125 Greenwich Street, a 912-foot tower designed by Rafael Viñoly, the same architect as at 432 Park, Streeteasy also shows no active listings. The tower, two blocks south of the World Trade Center, also went through threatened foreclosure and a sale of its debt position. It was developed by Bizzi & Partners and a host of others.

In July 2019, the developers’ lender, United Overseas Bank of Singapore, sold the debt for $195 million to BH3, a Florida-based investment firm. The following February, that position was re-sold to Fortress Investment Group for about $230 million. (Calls to both Fortress and HFZ were not returned.)

Neither construction nor financial problems seem to be turning off buyers for the right product, however.

In its most recent quarterly earnings filing, Vornado, mostly an office owner but also the builder of 220 Central Park South, a residential tower on Billionaires’ Row, reported 104 closings to date totaling close to $3 billion.

In his annual chairman’s letter, issued in April, Vornado’s Steven Roth declared that about one-third of 220 Central Park South’s units had been occupied “by delighted resident-owners.” He estimated the building was about 91 percent sold, with another $250 million to $300 million of sales to come.

According to a report from brokerage Douglas Elliman and prepared by appraiser Miller Samuel, 4,523 condo sales closed in Manhattan during the third quarter, marking the highest number in the report’s 32-year history and more than triple the number for the pandemic-impacted third quarter of 2020. The median sales price for newly developed condos in the borough was $2.3 million, down from nearly $2.9 million a year earlier.

The Manhattan listing inventory, a problem that had scared developers from the market, fell sharply in the quarter, to 7,694 homes, but remained above the 10-year average for third quarters, the report says. Still, it was 9,319 a year earlier.

Guevara of MQ Realty said the market should improve in 2022. With COVID largely out of the way, the federal infrastructure bill signed into law, foreign tourists no longer blocked from traveling into New York, and a new mayor coming in, next year should be better for brokers like him.