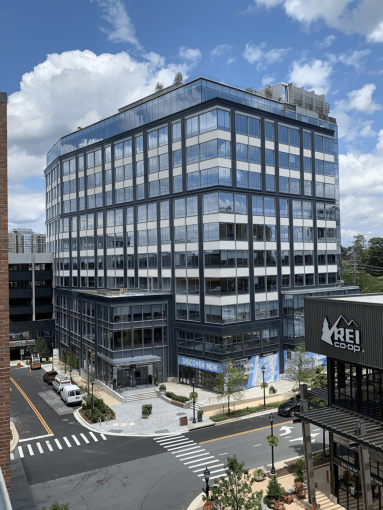 ESAB, a fabrication technology company under the umbrella of Colfax Corporation, signed a 20,887-square-foot lease at 909 Rose Avenue, a 212,000-square-foot office building being developed by Federal Realty Investment Trust.

The office building is part of the 24-acre Pike & Rose mixed-use development, which features 765 apartments, 99 condos, a 177-room hotel and more than 40 retailers.

ESAB will be moving from its current headquarters at 420 National Parkway in Annapolis Junction, Md., taking the eighth floor of the Bethesda building for global support functions and its senior management team.

Additionally, Emagine IT, a cybersecurity company, has signed a 9,787-square-foot lease in the same building. The company will be relocating from 3040 Williams Drive in Fairfax, Va.

No additional lease terms were disclosed, but rents in the area typically command $25 to $30 per square foot, based on recent reported leases. The building is now 80 percent occupied. Other tenants include Rowe, Weinstein & Sohn, Rycon Construction, Beiser Law Firm and Kuta Software.

“With fantastic momentum coming out of the summer months, including the additions of ESAB and Emagine IT, we anticipate the building to be fully leased this winter,” Jay Brinson, vice president development at Federal Realty, said in a company statement. “We now set our sights on new office opportunities that exist within the Pike & Rose neighborhood, which will also include additional ground-floor retail to complement an already dynamic neighborhood.”