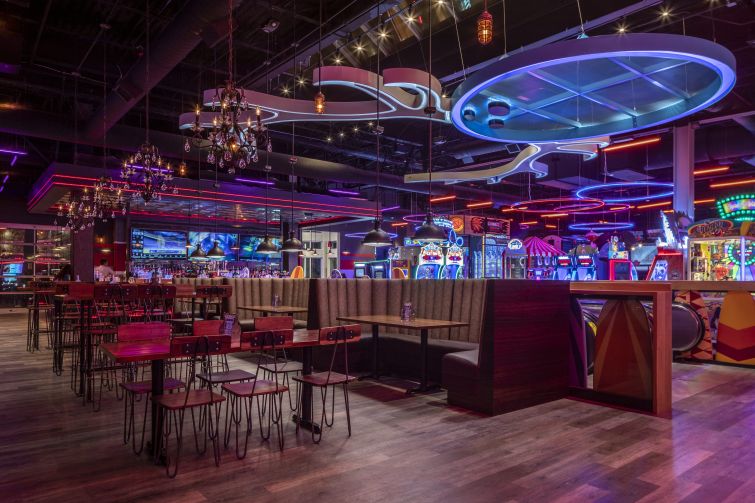 Bowlero, an arcade game and bowling alley, took 31,000 square feet in the 27-acre center, with Lucid Motors taking 23,000 square feet for a car showroom. The two tenants closed on the deals in the last 30 days, according to a spokesperson for the Worldcenter, who declined to comment on the terms of the deal.

California-based Lucid Motors will open a multi-purpose facility at 1st Avenue and 10th Street, where it plans to sell, service and deliver its electric vehicles. The car company has multiple locations throughout the U.S., including in New York and Colorado. It also has a Miami location at 701 S Miami Avenue.

Bowlero is opening its first downtown Miami location at the Worldcenter’s glass-encased retail building overlooking the 20,000-square-foot World Square Plaza. Bowlero already has 25 centers throughout the state, including locations in Sweetwater and Dania Beach. Its Worldcenter location will include 28 bowling lanes, food, a 75-game giant arcade and a sports bar.

These deals are two of the latest for Miami Worldcenter. The owners leased 30,400 square feet of restaurant space in June, Commercial Observer reported. That’s a total of 90,000 square feet of retail leases over the last six months, according to the center.

“We are upping the ante with … nationally and globally recognized lifestyle brands,” Nitin Motwani, managing partner of landlord Miami Worldcenter Associates, said in a statement. “Bringing to life the retail components of Miami Worldcenter’s master plan is critical to transforming our 27-acre site into a thriving open-air destination.”