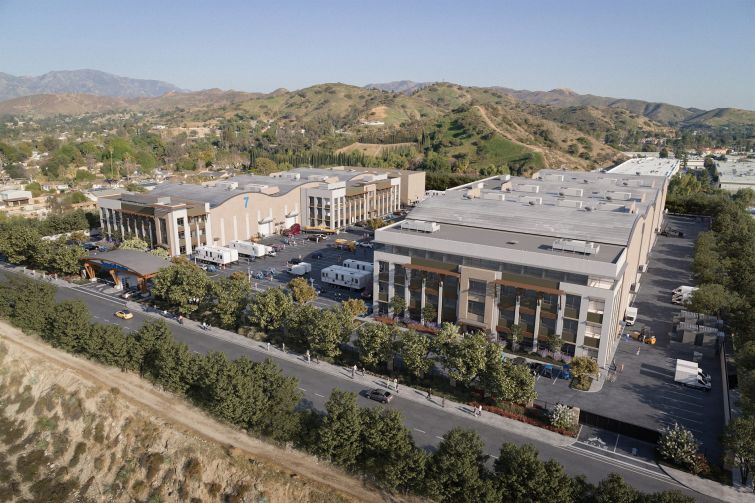 The 240,000-square-foot project will include seven film- and TV-ready soundstages, production office and support space with more than 10 acres at 11070 West Peoria Street in the Sun Valley neighborhood.

Hudson Pacific Properties and Blackstone Group are set to build what they’re calling Sunset Glenoaks Studios for $170 million to $190 million— an approved soundstage development to add to its prized Sunset Studios portfolio and the overall race for content creation space in the L.A. area.

The 240,000-square-foot project will include seven film- and TV-ready soundstages, production office and support space with more than 10 acres at 11070 West Peoria Street in the Sun Valley neighborhood. And it’s the JV’s fourth studio asset to go with Sunset Gower Studios, Sunset Bronson Studios and Sunset Las Palmas Studios.

Sunset Glenoaks Studios is expected to be completed in the third quarter of 2023. According to the developers, it’s about a 20-minute drive from Hollywood.

“This investment reflects both our high conviction in content creation, a space that is benefiting from strong, secular tailwinds, and our long-term commitment to the Los Angeles market,” Blackstone’s Jacob Werner said in a statement.

Upon the completion of Sunset Glenoaks, the JV will collectively operate under its Sunset Studios platform 42 stages, or 3.5 million square feet, including development rights of Los Angeles area studio facilities.

Hudson is also currently working on a studio and office project to add more than 1.1 million square feet of office space and soundstages.