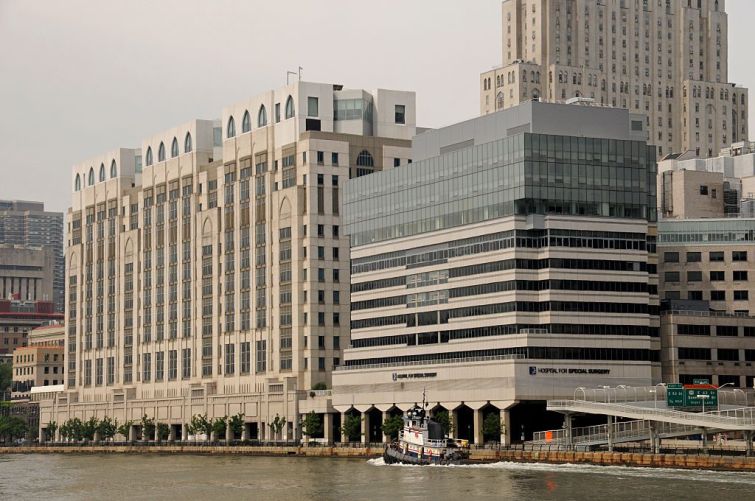 The Hospital for Special Surgery (HSS) is expanding into a new 30-story Upper East Side tower to be built by Extell Development on the vacant lot at 403 East 79th Street, The New York Post first reported.

While Extell doesn’t expect to complete the 400,000-square-foot medical tower until 2025, the orthopedics and musculoskeletal health hospital snagged a 32-year lease for 200,000 square feet on the building’s bottom eight floors, according to tenant rep Mitti Liebersohn of Avison Young, The Post reported. Liebersohn declined to provide the asking rent.

“It’s a built-to-suit scenario,” Liebersohn told Commercial Observer. “The location was optimal for their expansion. … We were incredibly humbled and honored to be able to represent HSS on this very, very important transaction.”

The tower, which will be built on a 20,000-square-foot vacant lot, will house physicians’ offices and other services for HSS, the Post reported. The hospital’s new space will be twice as large as its special surgery facility, dubbed the HSS Kellen Tower, attached to its main campus between East 71st and East 75th streets.

“We are pleased to be partnering with HSS, the foremost hospital for orthopedics and rheumatology, to anchor the base of the building,” Gary Barnett, chairman and founder of Extell, said in a statement. He said the building “will provide a much-needed new facility to complement the area’s growth.”

The $500 million tower would cover an entire block, located on the east side of First Avenue from 79th to 80th streets, and Extell plans to lease the remaining floors to other medical tenants, according to the developer. As life expectancy increases and the population in the city ages, Barnett hopes the new facility would be more equipped to meet hospitals’ needs, Barnett said in a statement.

The mixed-use building will be designed by New York-based Perkins Eastman Architects, and Extell plans to break ground on the facility early next year, according to the developer.

“We are grateful to Extell for building a superb facility that will help us to continue [to] lead the world in specialized patient care, research, innovation and education,” Louis Shapiro, president and CEO of HSS, said in a statement. “This is an important step in the multi-year transformation of our main campus.”