Equinox Ordered to Pay $450K in Back Rent at 670 Broadway 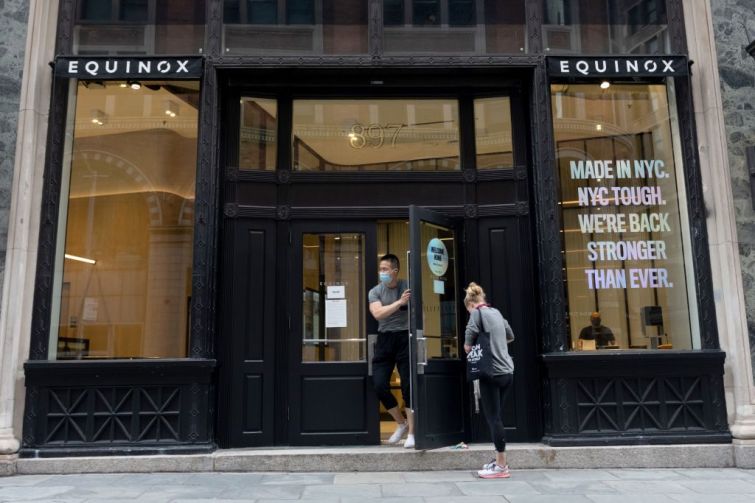 An appeals court judge ordered Equinox to pay $450,000 in back rent owed from August to October on its 670 Broadway location, one of at least five cases against the gym chain by its landlords.

In another part of her ruling, New York Supreme Court Justice Sallie Manzanet-Daniels reversed a lower court’s decision and ordered Equinox to pay $340,500 in rent every month after October on the Broadway space, which also has an address of Zero Bond Street, to landlord Cara Investment GmbH.

The German-based owner also sued Equinox for $2.5 million in rent that the gym deferred during the pandemic, according to court records. Cara’s civil action is one of at least five lawsuits against the chain, amounting to about $10.6 million that Equinox’s landlords claim the gym owes.

“The Appellate Division sent a very strong message to commercial tenants that they cannot avoid paying rent while using and occupying the leased space and litigating their defenses,” Howard Kingsley, a lawyer with Rosenberg & Estis who is representing the landlord, said in a statement.

The decision comes as the courts are clamping down on retail spaces that delayed or deferred rent payments during the pandemic.

A New York State Supreme Court judge ruled in August that retailer Gap had to pay more than $24 million in back rent, interest and attorney fees to Charles Moss’ 44-45 Broadway Leasing Co. for the clothing company’s Times Square store at 1530 Broadway after a year-long legal battle.

Equinox paid about $300,000 per month in rent for the space after it began its lease at 670 Broadway in 2015, according to court documents. When the pandemic hit, Equinox and the landlord agreed to defer rent until three months after gym capacity restrictions were lifted in New York. But in December 2020, the high-end gym chain allegedly stopped paying, according to lawyers for the landlord.

During the pandemic, Equinox told the owners of its more than 300 locations that it wouldn’t pay rent in April 2020, because it was forced to temporarily shutter its locations. That decision came the same week that Jeff Blau, CEO of major Equinox investor Related Companies, criticized tenants on CNBC for not paying their rent. (A spokesperson for Related previously told Commercial Observer that Equinox is a separate entity that makes its own decisions.)

Other landlords have filed suit against the gym chain. The owners of SoHo’s 568 Broadway sued Equinox in July, alleging the gym owes more than $3.3 million in rent and other fees, as CO reported. And the landlords of 196 Orchard Street and 14 Wall Street hit Equinox with individual lawsuits in February for a combined $2.7 million in back rent.

“Equinox, like many other commercial tenants, continues to assert frivolous impossibility of performance, frustration of purpose and other defenses although they have been routinely rejected by the Courts,” Kingsley said in a statement.