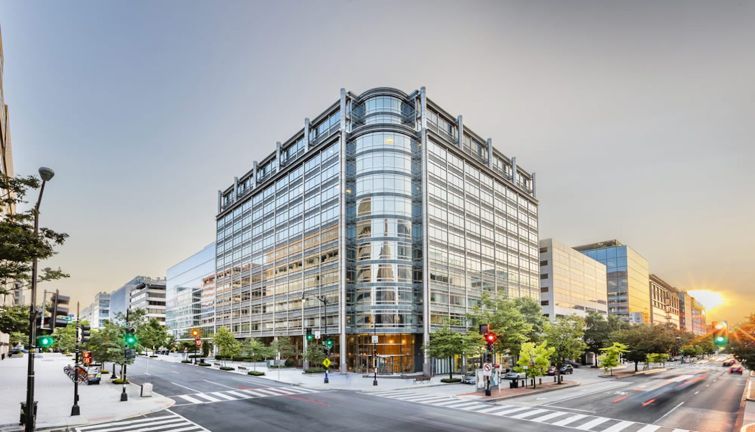 While many people expected Labor Day to be a turning point for the office market in Washington, D.C., the holiday came and went without much happening, as the delta variant has pretty much caused most return-to-the-office plans to be thrown out the window.

Despite this unexpected bump in the road, deal velocity in the District was strong this quarter, improving upon an active second quarter, according to a third-quarter report from Colliers.

That was largely driven by a massive lease for the U.S. Securities and Exchange Commission, which signed a 1.2 million-square-foot deal at 60 New York Avenue NE. Some significant government renewals include the Federal Emergency Management Agency’s 301,384-square-foot lease at 500 C Street, SW; and the U.S. Department of Veterans Affairs re-upping for 217,000 square feet at 1800 G Street, NW.

Despite those three deals, the private sector was responsible for seven of the top 10 leases done in the quarter, though many were renewals, per Colliers.

Asking rents stayed steady at $56.22 per square foot, ending a three-quarter trend of decreases, according to Colliers.

Turning to new construction, approximately 3.2 million square feet of office product is underway in D.C., including Signal House in the Capitol Hill submarket and the Historic National Bank of Washington office conversion in the East End, both of which are expected to deliver in the fourth quarter.

The upshot is that availability has stabilized for the first time this past quarter, per Savills.

Availability surged for seven straight quarters, especially through the pandemic, but it has finally leveled off in the third quarter, holding flat quarter-over-quarter, according to Devon Munos, research director for the mid-Atlantic and Southeast regions at Savills.

The report concludes that “a shrinking development pipeline may help availability remain stable or wane in the near-term to midterm.”