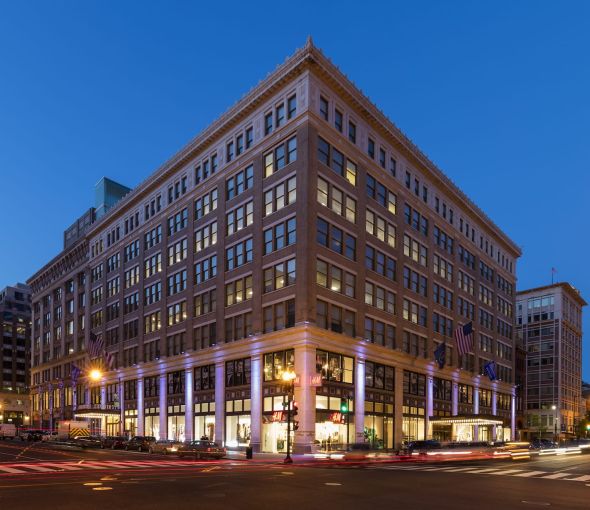 CBRE represented Douglas Development in the transaction, while JLL represented the tenant.

Morning Consult will occupy the entire eighth floor starting on April 1, with less than six months of downtime from when the existing tenant vacates.

“The eighth floor of the Woodies Building is the historic top floor of the original Woodward & Lothrop department store — that dates back to the late 1800s and early 1900s, as it was completed in several phases — and, as a result, it has exceptional ceiling heights of up to 14 feet and large historic windows,” Mark Klug, a CBRE executive vice president, told Commercial Observer. “Morning Consult also loved the idea of being on one large floor rather than spreading out over different floors.”

“The Woodies is in the middle of it all, with its Metro Center location, and great access to all of the retail amenities along F Street and the surrounding area,” Klug said.

Douglas Development acquired the building in 1999, and redeveloped it between 2003 and 2005, adding a new, two-story, metal-and-glass roof addition and 60,000 square feet of Class A office space.

Morning Consult has been one of the fastest-growing tech companies for several years in a row, according to Deloitte. The company has expanded from 13 employees in 2014 to more than 255 employees this year, with additional offices in New York, Chicago and San Francisco.

“They more than tripled their footprint in D.C. from 16,000 square feet to 50,000 square feet in this relocation, and this growth is anticipated to continue,” Klug said. “They also backfilled the space with less than six months of downtime, which is great timing and very valuable to the ownership.”