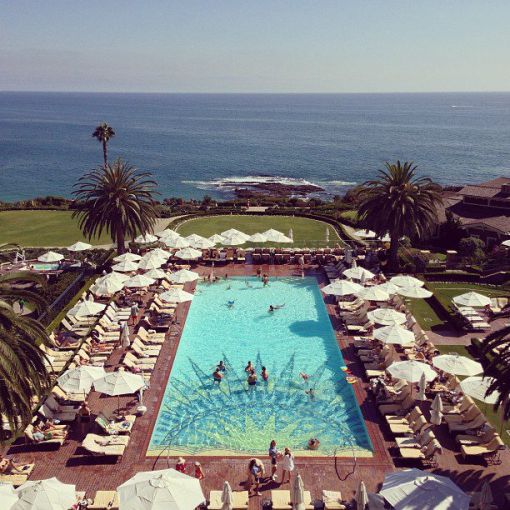 A shot of a pool area at Montage Laguna Beach. Photo: Wikicommons

Chinese state-owned company Dajia Insurance Group has tapped the commercial mortgage-backed securities (CMBS) market to refinance yet another luxury hotel amid the ongoing developments around China’s attempts to sell the company.

Dajia is in line to nab $340 million in CMBS debt originated by Bank of America to refinance the Montage Laguna Beach Hotel, a five-star hotel located at 30801 South Coast Highway in Laguna Beach, Calif., according to information from Moody’s Investors Service, which analyzed the loan.

The financing comes just weeks after the company was able to refinance a portfolio of nine other luxury hotels with a $1.8 billion CMBS loan from Goldman Sachs and Bank of America, as Commercial Observer previously reported.

The waves of refinancings on these hotels also come amid ongoing proceedings from Chinese government-controlled entities to try to sell a roughly 98.8 percent stake in Dajia, a company that was formed by the current regime in 2019 to assume control of troubled conglomerate Anbang Insurance Group’s core assets. Anbang’s assets included these luxury hotels, which had been acquired in 2016 as part of a deal for the conglomerate to buy Strategic Hotels & Resorts from Blackstone for $6.5 billion — just months after Blackstone had bought the hotelier for $6 billion.

The CMBS loan on the 258-room, full-service Montage Laguna Beach Hotel is secured by Dajia’s fee simple interest in the asset, which sits overlooking the Pacific Ocean, not far from the company’s The Ritz-Carlton Laguna Niguel, which was financed as part of the earlier $1.8 billion CMBS recapitlziation that closed a couple weeks ago. Asset Securitization Report first reported about the CMBS loan, citing ratings materials from DBRS Morningstar.

Montage Laguna Beach is situated in a very high-barrier-to-entry market in Orange County and has been one of the top-performing hospitality assets in the market for a number of years, ranking first in both average daily rate and revenue per available room every year since 2014, according to Moody’s analysis, which cited data from hotel industry data provider, STR, Inc.

The property has performed well financially for years leading up to COVID-19, and recovered nicely following the depths of the pandemic. From 2015 to 2019, the hotel’s net operating income (NOI) climbed every year, starting at more than $20.3 million and reaching nearly $29.8 million in 2019. After being hit hard by the pandemic, its NOI has recovered to pre-pandemic levels, coming in at almost $28.5 million in the 12 months through August 2021, per Moody’s.

Along with the beachside location and its luxury profile, the hotel benefits from a number of other guest offerings, including two relatively new, high-end restaurants, as well as other supporting food and beverage offerings in the lobby and next to one of its pools.