The hotels in the portfolio are Strategic Hotels & Resorts-managed properties. The hotelier was acquired by Anbang Insurance Group — now called Dajia — in 2016 for more than $5 billion 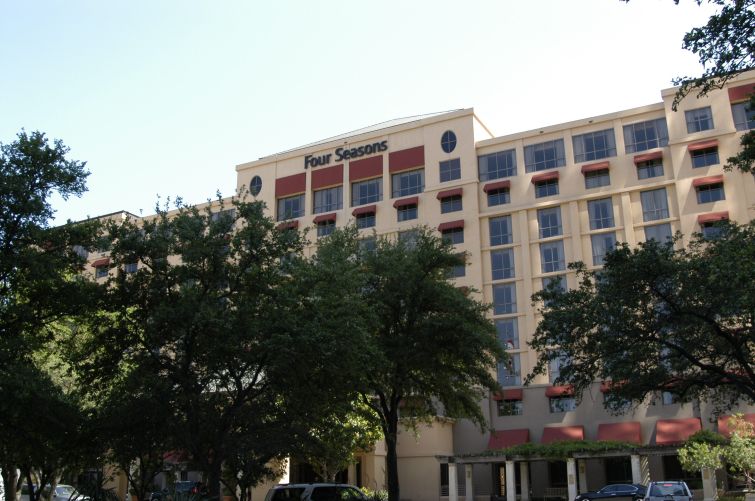 As the Chinese government still works to offload a majority stake in Dajia Insurance Group at a roughly $3 billion valuation, the insurer has recently secured $1.8 million in debt originated by Goldman Sachs and Bank of America to refinance a portfolio of nine luxury hotels in the U.S., according to ratings agency analysis of the transaction.

The initial three-year mortgage term is underpinned by two, one-year extension options, and the loan will pay out interest at a rate of 2.6 percent over one-month LIBOR, according to Moody’s.

Dajia is an entity that was created by the Chinese government in 2019 to begin assuming control over the assets of the embattled Anbang Insurance Group a little less than a year after the regime arrested the conglomerate’s former chairman, Wu Xiaohui, and seized control of the company. The government then put Anbang under the watch of the state-controlled China Insurance Security Fund, an industrial risk bailout fund that has helped guide and oversee Dajia’s restructuring of Anbang’s lines of business until last year.

Strategic Hotels & Resorts, a former Blackstone business unit and a listed sponsor alongside Dajia in this CMBS financing, was sold to Anbang for a reported $6.5 million in 2016, after the hotelier delisted from the New York Stock Exchange and went private. (Blackstone acquired Strategic Hotels at the end of 2015 for about $6 billion and flipped the company just months later to Anbang for $6.5 billion.)

Dajia — and by extension Strategic Hotels — was able to recoup about $508 million in equity as part of this CMBS recapitalization, according to Moody’s analysis, which indicates that the sponsor will have about $970 million in equity in the deal at the time the loan closes, based on the “as-is” $2.77 billion appraised value of the nine-property, nearly 3,300-key portfolio.

Of the nine, full-service hotels that secure this CMBS loan, six are located it coveted resort destinations — Scottsdale, Laguna Beach, Santa Monica, Jackson Hole, and Half Moon Bay, just south of San Francisco — while the other three are situated in urban infill locations in major cities, according to Moody’s credit analysis.

About $95 million was injected into improving the assets in the portfolio from 2018 through early summer 2021. The Austin and Scottsdale Four Seasons Hotels, as well as the two Fairmont hotels, The Ritz-Carlton Laguna Niguel and the Loews Santa Monica Beach Hotel have gone through major room renovations since 2015. The Jackson Hole and Silicon Valley Four Seasons hotels and The Ritz-Carlton Half Moon Bay haven’t yet been renovated.

This CMBS recapitalization comes after failed attempts from Dajia last year to offload some of the hotels in the portfolio — along with more than a dozen other Strategic Hotels luxury hospitality assets — and after China ran into hurdles earlier this year in its attempts to sell a majority stake in Dajia.

The China Insurance Security Fund and state-run oil company Sinopec Group have been trying to sell an almost 99 percent interest in Dajia, which was valued at around $3 billion in April, Bloomberg reported at the time.

China has yet to find willing takers for the majority stake in Dajia. In July, it was reported that an auction process to sell it had been launched, with an expected close date of Aug. 12. That date came and went and by late August, a number of private investors had backed out of the proceedings to purchase Dajia. Just days later, in early September, after interest dissipated, the asking price for Dajia was sliced by 10 percent, to more than $4.6 billion.