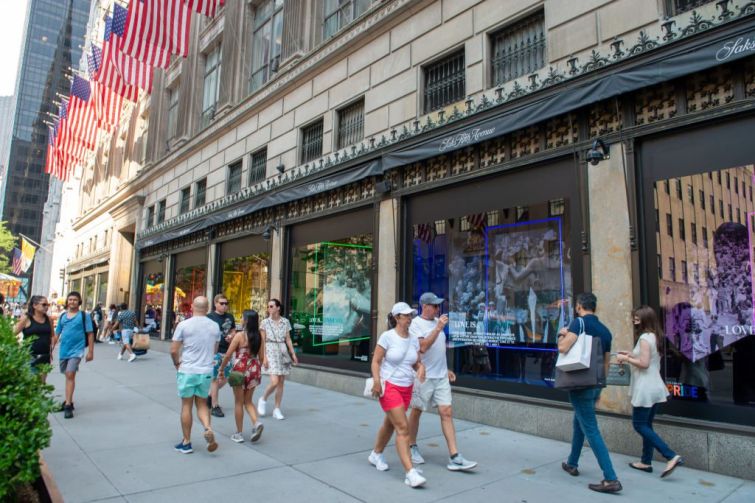 The first two SaksWorks locations opened in September in Manhattan’s Financial District and in the Saks Fifth Avenue flagship at 611 Fifth Avenue in Midtown. The venture had just rolled out a new spot at Brookfield Place in Lower Manhattan, too, this one some 30,000 square feet.

Plans for SaksWorks emerged in the summer via Hudson’s Bay Company (HBC), Saks’ Toronto-based parent. WeWork operates the SaksWorks locations. Hudson’s Bay apparently had the idea for the coworking sites prior to the pandemic, but that crucible — which heavily impacted brick-and-mortar retail like Saks and emboldened remote work — cemented the plans.

“The pandemic has changed so much about our lives, including how we work and where we live,” Nelson said in a statement in August, when the SaksWorks venture and her role at its helm were announced. (Nelson’s LinkedIn profile says she joined in July, and that her tenure ended in October.) “We created SaksWorks because the millions of Americans who now work remotely from their suburban homes or who find themselves as part-time commuters in this hybrid world deserve a beautiful place to work and gather.”

Details of Nelson’s departure are unclear. She has not responded to a request for comment.

SaksWorks emailed Commercial Observer on Monday evening with this statement: “Amy Nelson joined HBC to bring SaksWorks to market. With our initial locations off the ground, Amy has moved on to her next venture and we wish her the best of luck.”

Prior to SaksWorks, Nelson had in 2017 founded and then run The Riveter, a coworking company out of Seattle aimed at women that grew to 10 locations before shuttering all of them during the pandemic. The Riveter remains as “a digital and IRL network built to power women working on their own,” according to Nelson’s LinkedIn.